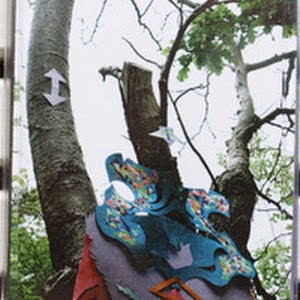 Now I know I talk about shit that I overlooked all the fucking time, and this is another one of those days. However this time it is way more overdue than most. Leafes is, or rather likely was, a Swedish folk act that played a mixture tracks that can be called lo-fi psych-folk and Scandinavian experimental whatever. I was aware of and wrote up the EP that preceded this, In the Mountain's Belly, which was a fucking righteous EP with songs that I still re-listen to with incredible fondness. Nevertheless, this full-length evaded my detection for until a few weeks ago. Seedland is proportionally an album that could be considered avant-garde more than folk, filled with all sorts of cacophonous sounds and droning effects. Should you be fans of the Finnish noise that I used to posted commonly like Kemialliset Ystävät, Kuupuu, or Paavoharju would will likely find this desirable. Finally, I'd like to take a chance to shout out to a blog I have long followed and I was able to poach the link to this album from, Dying for Bad Music, one of the longer running music blogs that I recall from when I got into the game and they've kept at it and improved over time in excellent ways.