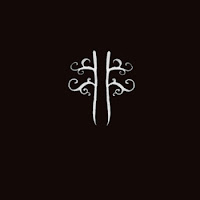 It was unknown to me when it was released a few years back, but this gem forwarded to me last week would have surely been on my best of that year. This Swedish band crafts some of the best haunting psych-folk I have heard. This is music that captures the sensation of dark mist rolling over snow-capped mountains. Mold clinging to the dead and the living. Ancient spirits reaching out from the hills, pulling you along with the slow moving wind. This is music made for the darkness and the loneliness felt in an unknown, distant landscape.

This is patient, frigid music that makes the most out of the lo-fi ascetic and builds without the customary crashing peaks. This is titled “Vinter II,” and while I am unsure if there ever was a “I”, this should be a fine point in introducing yourself to the group. I only hope they have new music on the horizon.
So turn out the lights, forge a fire, and let this bring the old gods into your room.


A heavy night of rockin’ and drinkin’ has taken a toll on poor old Elvis Dracula. He attempts to recover the morning after with a stack of recent submissions. 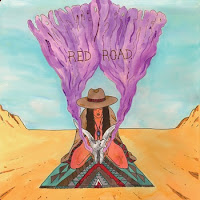 Haunted Leather – Red Road (2013)
When your head is splitting after a night of hard spirits, you have to ask yourself, “will Baileys in my coffee help me this morning or put me back into the grave?” This morning requires just a dash. Or maybe a dash of acid…nah, I think Haunted Leather will do just fine.  These British rockers take the sludgy and slow end of the psychedelic stream, and weave together some great sludgy riffs. Available digitally, but the red vinyl looks like it may be a portal to another world. 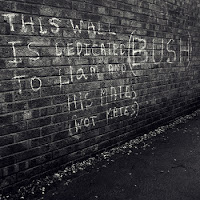 Nobody, Ever – This Wall is Dedicated to Liam and His Mates (2013)
I don’t know if Emo ever left completely, but it has seen a resurgence of late with new groups digging from the faster and jangly side of scene and eschewing some of the lame fashion and edifying elements.  Nobody, Ever is from the UK and they hit some of the more common beats you would be familiar with if you own a couple things from Vagrant Records. It isn’t bad, not my cup-of-tea mind you, but some adolescent teenager is just waiting to make this their favorite record to scrawl on their notebook. 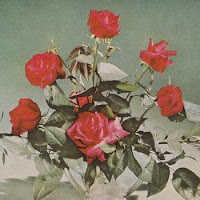 White Poppy – Drifters Gold (2013)
This is a bit more soothing now that the hangover has really kicked in. Dreamy, lush waves of synth and piano roll right over my head as this Oakland based groups cassette spins in the deck. There are a lot of folks making this kind of stuff nowadays, but I would put this a bit above a great deal of the competition. The selective use of samples, and the eerie quality some of the loops produce, makes this more than just New-Age inspired background noise. 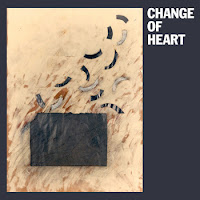 Pyramidal – Change of Heart (2013)
We make a leap across the pond for this next release, and a change of pace (literally). This set of instrumental hip-hop tracks from Holland plays to one of my soft spots: left-field experimental dance music. Try saying that three times quickly, hipster! But really, this is music you can dance around your room to on a moonless night while not entirely making the leap into club music territory. If you only listen to one track, check out “Night Train.” 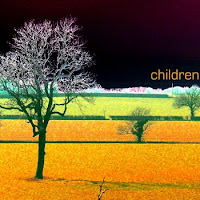 Children of Leir – ST (2013)
It seems like this round of submissions is heavy on UK acts. Are the British responsible for my hangover? Was Lyndon LaRouche right all along? No wait…fuck that asshole.

This is a great record to finish my coffee to. The monotheistic religions of the world may not hold back the zombie apocalypse, but the primitivism embodied in this spiritual, chant-like psychedelic music may just do the trick. The vocalist lacks some of the bombast, but I get a Lungish vibe from these tracks. The first track, “Oranj,” clocks in at a measly nine and half minutes, building to a fevered pitch that only rock and roll can accomplish. Highly recommended. 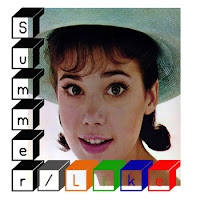 Summer/Like – The Poor Mouth (2013)
Ok, time to get off to work. Ending with a few psychedelic pop songs from this California based band is fine retreat towards the working day. Strange and off the wall, these lo-fi creations are dedicated to a fallen author that may have never gotten his dues. If you enjoy a mix of 80s synth music paired with 60s fantasy laden lyrics, you have your fit.
Posted by Elvis Dracula at 1:35 PM No comments: 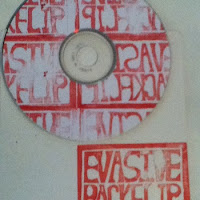 These kids sent us a video not too long ago showcasing just how strong this group could be live in the studio. As it was not accompanied with a proper release, I simply watched and enjoyed it and then went on to further submissions. Well, they got their act together and have put out their first EP, and it is a massive 5 song set.  I am surprised how short this release is when it is clocked, because as I was listening to it, the tracks crammed in so many good ideas it felt like they were running through every decent chord progression they were familiar with. The band is from Chicago, and they have clearly learned from their city’s rich musical terrain. If Touch and Go Records doesn’t pick these guys up, it will be their loss. Too many bands that fall into this highly-technical side of rock often forget that music should be fun; a mindset Evasive Backflip has not succumbed to. Recommended as a substitute for a videogame's boring soundtrack or a dance party with your cat.
Posted by Elvis Dracula at 1:00 PM No comments:


Remember when every small town across America had a record store? No?!? Well, I do and since we live in the digital age, I am treating these releases like they are fresh off the rack at my local music shop. 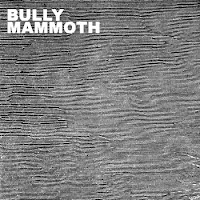 Bully Mammoth – EP 1 (2013)
These lads are a lucky bunch: their record just so happened to be at the end of an aisle at the very front of the rack. Prime browser buying territory. Deep vocals slide evenly into prolonged squeals of feedback and held together with a steady guitar line that keeps this noise-rock firmly in the rock territory. You know this record had some indie cred with its individualized screen-printed cover. 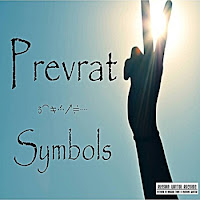 Prevart – Symbols (2013)
I bought some of those massive, multi-disc Smashing Pumpkins releases back in the day. I still have them on my shelf, and I love that "this will be a converstaion starter" quality that comes with this. But this Kansas City experimental pop act takes this release a bit further, and has it on multiple formats that include a USB drive. I am not even sure how they would file that in the record bin, but it would probably earn it a little place at the front near the cash register. That ends up being a good thing as this release is a fun romp through delightful electronics and swirling synth lines laced with communicable vocals. I think I saw someone picking up a Kraftwerk record when they grabbed Symbols, so I imagine that fan base would enjoy this fine release. 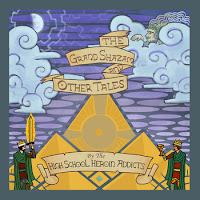 High School Heroin Addicts – The Grand Shazam and Other Tales (2013)
The local gutter punks always park themselves right in front of the shop with their poor dogs. Most of the folks that pass them by think they are all high, but I don’t get that impression. I am not even sure they know where to buy heroin. The closest they may get is a handmade copy of this groups new CD. It isn’t fast and angry, but it is a great romp through the psychedelic pop field. “Heart Rays” is the soundtrack to a long evening coming down from who knows what. These Canadians are part of something called The Order for the Black Dawn, and while I don’t know what that is, it sounds scary as shit, and so you should download this right away as to help bring about the coming of Satan. 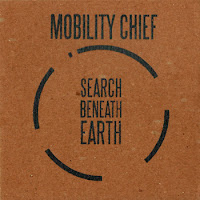 Mobility Chief – Search Beneath Earth (2013)
There is a bearded guy with a Fender t-shirt buying this record, so I gather this is the kind of stuff proper musician’s rock out too. I hear some awesome, grandiose dueling guitar lines, and enough hooks to keep even those not accustomed to long instrumental pieces happy. No doubt these Knoxville kids get a lot of comparisons to Tortoise and Godspeed, and those would be fair associations. Not bad company to keep however. 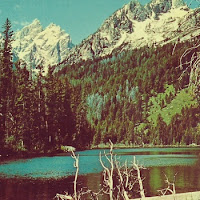 Temple Goer – Petrified Forest National Park (2013)
Some poor bastard didn’t have the funds needed to get this record, but they knew they didn’t want someone else to have it as it was crammed between the Incredible String Band portion of the folk section. I don’t know if the ISB followers would dig this, as it is very lo-fi experimental folk/drone material, but it stands to reason that this music lover will be back in the coming weeks to buy or steal this bad boy. I highly recommend this one for anyone looking for well constructed collage music that still retains an infectious guitar focused quality.
Posted by Elvis Dracula at 11:42 PM No comments: 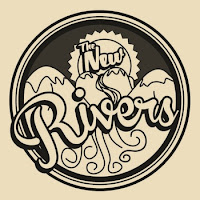 The New Rivers area sullied punch of lads from my hometown down in the Imperial Valley. The place is hot, off the beaten path, and is home to the band’s namesake: a sludgy, polluted river that transgresses the California/Mexican border. Bloody hot days meet pesticide inspired nights, resulting in this outsider garage rock that helps itself to the dirty side of the blues and drops this scantly dressed  record. While they have been playing around Southern Cali as of late, their sound is quintessential dessert rock fare. The howls are distant and the guitars sound like they are slowly being pulled out of tune by the scorching sun. It all results in some fine rock’n’roll that anyone who reads this website could enjoy.