Yet again, pilgrims, the internet at my dwelling has been severed. This is a combination of my and Brosef's incompetency. Nevertheless, college has the most fantastically fast internet, that is available in places with couches which pleases me greatly. Cutting to the chase, I am a fan of noise naturally a fan of Boredoms. One fevered night I felt compelled to download and then over the course of the following 3 days listen to all of the Super Roots releases Boredoms have done. There are a total of nine, although the numbering goes to 10 for the fourth was never made available. They span from 1993 to this year, and they certainly show remarkable evolution of style over the period. Some are merely a batch of sort, spastic cuts while others are very long, rhythmic epics. One even extents over a hour for a lone track. The newer ones feature remixes, which are often as good as the original song, something I find is somewhat rare in my opinion. Have fun and hopefully I'll be able to get some posts up despite this internet issue.
To be had here:

First, and apology as to the infrequency of posts as of late. The main issue preventing this is that I'm currently on vacation in New England. Let me tell you, to those who haven't been to Boston before, it is clean, really clean. I think that is what I say about almost everywhere since I'm used to the filth of Detroit. Boy howdy though, I've destroyed my legs and my pathetic wallet over these last few days, so from now on it is the frugal traveller game. If you're from New England say hello, I've already seen Boston (North and South), Cambridge, Boston College, and I'm planning on seeing Northampton, somewhere in Connecticut, and return to Providence before departing back to shitty Michigan. Oh well, at least Detroit is a place I can afford to live in.
Now the music, this is premium shit, folks. Spacemen 3 were one of the best things that the 80s was able to spawn. Absolutely amazing psychedelic rock and roll which hailed the ultimate destruction of the band, although the musicians would carry on with other notable projects. Make sure to pay attention for the spectacular track "Revolution" as well as the epic "Suicide." In a crazy move there is both a studio and a live cut on the album of the latter. I feel like I could be preaching to the choir with this post, as I feel I might have been with several of my recent posts but they're golden shit. Moreover, beloved Brosef Stalin (formerly know danger dog) has given you much in the way of fantastic sounds lately, please do take advantage of his huge posts.

I hope this album is more widely known than I suspect it is. Truly it is an amazing adventure into early electronic music, and interestingly enough it came has its origins in the even back then well- established BBC. Some of the more pioneering employees developed White Noise, building on the previous successes and projects they'd participated in. Unlike other early electronic like musique concrete and thermin songs, these tracks have lasting and potentially very popular appeal. Don't get me wrong, I love musique concrete, but I fully understand that no big hits can be spawned by that genre's absurd sounds. An Electronic Storm on the other hand, now strange it may be, but catchy and accessible. Musically it is bizarre, and often repeated gimmicks are to be found all over the place. I mean, they tried to make it strange, and to an extent that is a success, if you haven't spent too many years listening to Japanese harsh noise or Os Mutantes albums endlessly. Even if those are the case, it is very pleasing to the ear and should be respected. Damn it, respect it or I'll like destroy your home with heat vision or whatever power I have.
To be had here:
White Noise - An Electric Storm [192 kbps]
Posted by Antarktikos at 10:16 PM 3 comments: 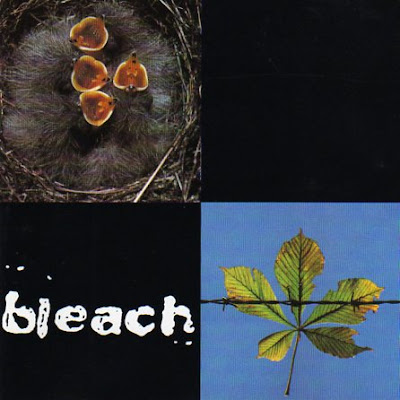 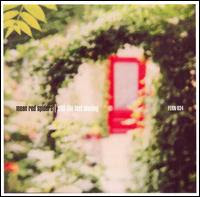 
Just download it, goddamn it.
Posted by danger dog at 5:26 PM No comments: