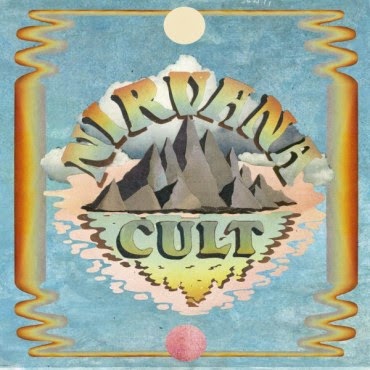 Finding a gem of a lost record is one of the high points of any music aficionado. After looking under stacks of shitty Kiss and Styx records in my hunt for lost treasure, I have come across a handful of pieces that would have gone unknown to me had I not engaged in the hunt. I assume Burger Records felt the same way when they discovered Nirvana. No, not that Nirvana, but the psychedelic pop act from 1960's Britain. Thankfully for us, they have re-issued the band's two full lengths on both cassette and vinyl.

The fact that the two records featured on Cult are not known outside the hardcore collecting set is unfortunate, as the music could have easily been a hit had played on classic rock radio had things worked out differently for the band. We all love the Kink's Village Green Preservation Society for its lush, focused songwriting and romanticism of the English countryside. Yet, a year before they dropped said record, Nirvana released The Story of Simon Simopath, considered by many to be the first concept record and almost surely an inspiration to Dave Davies. Beautiful, lush instrumentation compliments the vocal harmonies, creating a safe space one's imagination for the slow, agrarian life.

The fact that this band's output is not held in greater esteem is a travesty that is hopefully being remedied by this reissue. Just try and keep "You are Just the One" and "Pentecost Hotel" off constant rotation. I dare you.

Posted by Elvis Dracula at 2:17 PM