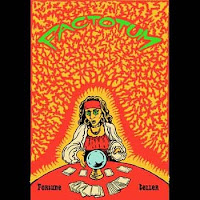 Remember that scene in Back to the Future where Michael J. Fox rocked out, scared the crowd, and then said “I guess they aren’t ready for that yet?” Sure you do! It is the scene that robbed black musicians of the creative spark that started rock ‘n roll and handed it over to some white kid from the future that loved Huey Lewis. Great scene: shit message.

But what would it have been like if Michael J. Fox had played something really out there on that stage? Maybe Acid Mothers Temple drops into the show, in all their aged Japanese hippy glory, and produces a 30 minute psychedelic jam experiment? Now that would have been a movie! In fact, if AMT have not thought of it yet, I hope they use this as an impetuous.

I am not sure why I thought of that scene in Back to the Future when I first heard Factotum’s “Fortune Teller.” Maybe because it has hints of traditional rock n’ roll, but really turns up the psychedelics to 11 and produces some ultra muddled garage rock. It is good shit, even if it came out in 2013 and not the 1950s. Well worth a listen garage rock fans. 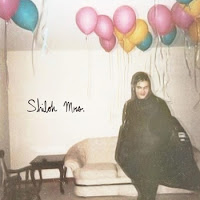 I picked up Shiloh’s cassette after reading about it on another music blog, and I have been impressed by the quality of if after multiple listens this afternoon. This is jangly, loud, pop music for anyone that has a Pavement or Fountains of Wayne CD in their collection. Don’t lie; you know you have that one with Stacy’s Mom on it. With Shiloh, it is all about well executed pop jams that are weird enough to keep them off any radio station. They made cassette tapes for crying out loud, so you know they aint going for the Top of the Pops.

These kids are from the great city of Chicago and are playing a lot in those parts. They play fun music for people who think looking fun is uncool, and thus, stand relatively motionless as the band plays their songs to local bars. Correct me if I am wrong Shiloh fans! 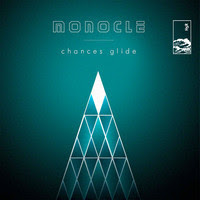 Dream Pop is an odd thing. Why would anyone want to perpetuate the idea that their music initiates sleep? I enjoy a few ZZZs, but I generally don’t like my music to produce that desired effect.

Thankfully, Monocle is far from a sleep narcotic. Released by the always awesome Australian label Hidden Shoal, the band chases sweeping synth lines with dance centered bass and vocal melodies. This may be Dream Pop, but it would fit well into any party that reaches the 23rd hour and exposes the emotional passion only the evening hours pooled with alcohol can construct. “Chances Glide” only needs a moment’s glance to recognize its pop authenticity, and with that, a simple three minute musical bliss. I have been getting a glut of remarkable garage rock as of late. Not that I am complaining, mind you. If I am going to get a glut of anything, sweet garage rock riffs will never go unappreciated.

Shape Breaker hail from Philadelphia, and started as a solo project but eventually grew into a full band. Their new record is called Eyes Wide, and it is a champ from the incredible opening track (Climb Down) to the mid tempo closer (So It Goes). I can’t think of a single track on this album that is not toe-tappin, riff heavy awesomeness. Lord knows what the vocals are, and who really gives a damn? He could be singing the instructions to his DVD player for all I care. It still sounds great.

If Climb Down doesn’t end up as a theme song to a show on FX, it will be the station’s loss. 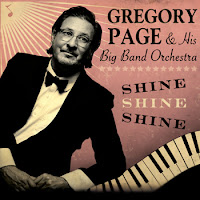 Not the normal SpaceRockMountain fare, but quality music that needs a larger audience. Gregory Page is a staple of the San Diego music scene and has been churning out what would have been standard pop music 60 years ago, but now sits in a small stable of acts that produce records from the Big Band days of Jazz.

Gregory’s newest full length is titled Shine, Shine, Shine and finds him comfortably crooning over a hefty band capable of transporting your ears to a time when folks received food rations, married at 19, and owned transistor radios that hummed every summer evening. As I finish up work on my solo Elvis Dracula record, Gregory’s records have been played in concurrence with Chet Baker and Billie Holiday in recording sessions intended to situate myself in the musical world necessary to craft tunes from this era.

Try and listen to the title track from Shine, Shine, Shine and not smile. Romanticism of the past is a fools errand, but there is nothing to Gregory’s music that is deserving of derision or scorn.

As always I know I haven't been on top of the submitted material, and I did just share a bunch of it with my buddy Elvis to see if we might get through it a bit more efficiently. I have been distracted by literature, and can you blame me? I work in a bookstore and I keep spending a sizable amount of my paycheck on novels I haven't time to read. So here's what I've heard so far and I do hope it is as enjoyable to you as it was for me.

From Grand Rapids, MI this is a dream pop/shoegaze band's first EP. A rather impressive effort for the first go-around. Distortion-laden and mildly chaotic sounds like a group getting its bearings yet holds considerable potential. Moreover the singer they've got provides stunningly lovely vocals.

A two-piece from Buffalo that makes some stripped down garage rock. This is an adorable eight track EP that features a combination of originals and covers. In particaular the covers are of Robert Pollard, Tommy James and the Shondells, and Sam Cooke. Despite the track count it is a short and sweet affair, being only roughly 14 minutes, each of which is worth a listen.

Here we've got a Kansas City-based garage rock band that does a fairly more pop style despite being heavier on the guitar and drums. Oddly enough the third female vocalist with remarkable talent to be featured in this Grab Bag. Not a free download via bandcamp (as always streamable) but I guess there might be some way to get it here, but I can't really endorse that site as I've no experience with it and I hold I strong distrust of most anything integrated with facebook.

A perennial feature for the Grab Bag, Preludes have returned with another of their prolifically produced EPs. This is perhaps the most subtle and ethereal of any of the EPs thus far reviewed on Spacerockmountain. This is no knock, quite the contrary I find the very slow build and the refined style Preludes as finely honed to be an excellent example of the most relaxing music I know of.
Posted by Antarktikos at 9:07 PM 1 comment: 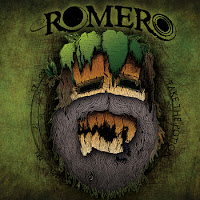 Now, this is some awesome stuff. Huge, Black Sabbath inspired riffs with sludgy, weed hazed head-banging passion, and you have the new release from Romero. For a 3 piece, these guys have a subterranean, layered sound that’s comfortable enough with itself to take from Prog when the opportunity arises. I can’t help but feel this group is the evil doppelganger to Merlin’s Magic Music Box, a group I wrote about here some time ago.

The title track from the record is still ringing in my head, and you can download it for free or buy one of those vinyl record thingies. Let’s hope they go out on the road and hit up the West Coast this coming summer. 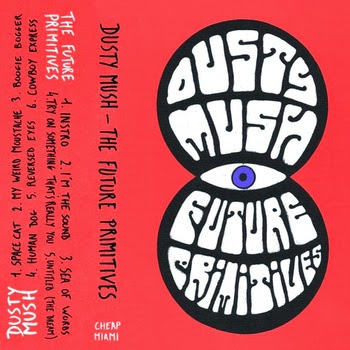 What we've got here is a wonderful combination of tracks from two previously posted on and much beloved, my yours truly at very least, garage rock bands. A cross-continental (South Africa and France) effort I was happy to see taking place. God bless these borderless internets. As for the tunes themselves, it is a fine collection of intensely preformed lo-fi garage rock. Dusty Mush's music improves exponentially with every succeeding release. Each of the fuzzy ditties on this split have blazed their way into my memory so much that I've been taking unsanctioned breaks at work just to rehear them.  The Future Primitives do treat us to some surf with the brief "Instro"but delve rather sharply thereafter into fine garage punk. "Try On Something Tha's Really You" is exactly the sort anthem that'd like blast from the shoddy speakers my hoopty if I hadn't ditch it. Fantastically conceived of pair of bands and if you didn't heed my words when I've previously posted them this'll make a grand introduction.


To be had here:
Dusty Mush​/​The Future Primitives Split
Posted by Antarktikos at 1:41 PM 1 comment: