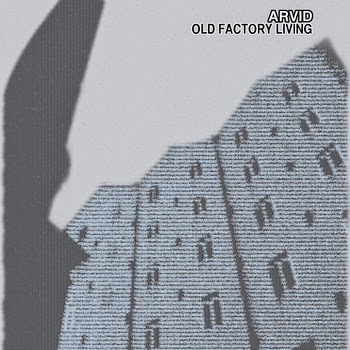 What we have here is a good old fashioned eccentrically irreverent, weird rock album. A solo project of a fella from Rochester, NY has spawned the series of bizarre but undeniably charming tracks called Old Factory Living. I've set a bit a precedent for enjoying this sort of lo-fi and far-out singer-songwriter style of music, as I have friends who make tunes like these including Paully Moonbean and my boy Jason that is the mind behind Forest Porridge and Twin Man. Regardless of your familiarity to those deep recollections to SRM history, this is a finely done 4-track attic record hat rapidly shift in tones from each track, with some being catchy rock tunes and others being elongated psychedelic infused trips, and yet others smacking of E6 falsetto heavy tunes. It comes off as exactly what it is meant to be, a somewhat immature version of a songwriter possessing a good deal of talent. He's fleshing out his sound and doing a great job at it already. Finally, I'd like to point out that I could dig in and a take a cozy rest in this sort of early version of artist expression. It is more than getting in at the ground floor of something that could be big, for it never need be a big deal. However, you shared a roughly contemporariness connection with a musician that might not be necessarily saying anything heavy or deep than you choose to read that into it, but reflected feeling of your time so very coherently, despite its messiness and because of it.

To be had here:
Arvid - Old Factory Living
Posted by Antarktikos at 10:44 PM