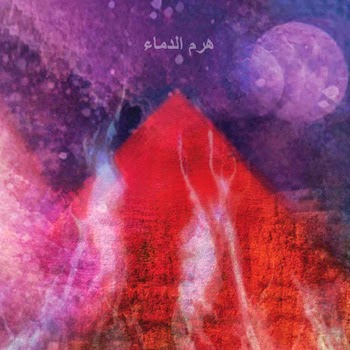 Here's a belated treat. Belated because I missed it's submission in the pre-organization days where my inbox was truly the wild west, but a treat as in this avant-garde album is incredibly exciting no matter when you first get to hear it. As many could have guessed, La Piramide di Sangue is an Italian band, and they play a bizarre sort of psychedelia that combines a melody with dissonance to create a maze for the mind become increasingly lost in. It is jazzy, noisy and tribal somehow all at the same time. The album gets rather close to noise, as in the genre, but will loop back around with reframes to more melodic music. Overall it's trippy as hell and an album I regret not getting to sooner, but that'll be the case for everyone older I post on here I suppose.

To be had here:
La Piramide di Sangue - Tebe
Posted by Antarktikos at 7:30 PM