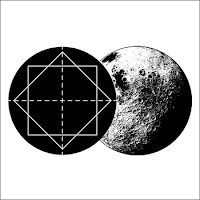 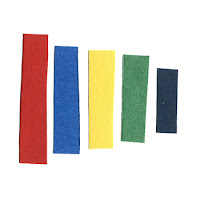 I am big on film scores, and have a soft spot in my heart for folks who make their own lo-fi symphonies for films that don’t exist. Most film scores and soundtracks have to be minimal in nature as not to take away the audience’s attention from the action on the screen, but still help set the tone and mood of the moment. Lullatone from Japan fits this mold perfectly.

This release, made up of small snippets of music made with creaky toy instruments and a fondness for sublime melodies, is just what any inspiring director would look for in their piece of film. Even if not attached to a film, Lullatone’s music is great music to score your personal life as you go about your daily business during this holiday season.

Here's what I'm pulled out of the inbox. Though selected somewhat less than randomly, I encourage those that sent stuff in that I missed you are free to try emailing me again or hold your horses. Hopefully I'll get to post up more of the EPs and singles in there soon enough.

Fuck Mountain - The Mountain Strikes Back (2012)

Another EP from loud lo-fi Irish punk rockers, Fuck Mountain. Hard to imagine it was way back at vol. 8 of the Grab Bag that I last posted them, but time flys. And it goes all the quicker with the righteous guitars and drums of Fuck Mountain pounding into your ears.

Something rather different, a Californian band that mixes psychedelic with Mid-Eastern music to make a hybrid droning, melodic set of songs that could very easily be imagined in an Indian film made for American audiences. Interesting stuff and undoubtedly done with considerable musicianship. Not a free download, but at very least stream it to get a feel, totally worth it.

Another returning band, Albino Father's awesome album AGE was posted up a while ago along with the seasonally appropriate Chrimbus release. For continues there upbeat, lo-fi rock with the remarkable talent they've shown us before. Sadly not a freebie either, but I guess musicians are into eating too these days.

A new cassette from Prison Art, but downloadable for free if you chose. The Miami claims to have reworked American folk songs into some sorta post-rock/experimental/avant-garde with all sorts of other things sprinkled in. I'm honestly not familiar with the songs they've changed, so I'll take their word for it. I do know that it is a mighty strange listen and something I can get down with.

I love Monster Rally. All of that seem lo-fi electronic is golden. Not sure who this RUMTUM is but doesn't seem to have done anything to diminish the quality of the music on this release, and I'd wager it's where much of the freshness originates. Feels much more like instrumental hip-hop, sorta reminds be of Madlib's chiller stuff.
Posted by Antarktikos at 6:54 PM 2 comments:

Toronto's Different Skeletons are back with a follow-up to last year's Secret Jeers. There is a stylistic change that is evident to any of you that might've enjoyed Secret Jeers. The new album is still lo-fi rock and roll but they've made it more psychedelic, the singing far more effected to seem fuller, like a wonderful time beckons you to join in. All this while being neither faster nor heavier in their playing. I'd place it more as a mature of their songwriting style that shows the time they've put in thus far. The results are pretty stellar and don't be surprised if you wanna replay the six tracks of this release immediately because if you could name any fault it was that there was too little to listen to.

To be had here:
Different Skeletons - Without Country
Posted by Antarktikos at 10:00 AM No comments:

About time I got to some more dreamy indie pop. Why I ever neglect such a sweet thing is beyond me, but then again I'll forget about foods like cheese for months just because no one offered me any. Good news for all of us, I got some mighty fine psychedelic pop, which I believe originates in Halifax. This wouldn't be a review written by yours truly if I listened to psychedelic pop and didn't make some reference to Elephant 6. However, I've realized as I listened to Walrus they're so damned chill and dreamy that this comparison isn't good work this time. I don't mean to say they're slow or whatever, they're damned enjoyable and especially so with certain tracks, my favorite is "Tender Buttons" for reasons that'll be clear to any that listen. Electronic, for sure. Psychedelic, as far as I can tell. Melodic, more often than not. Charming, throughout.

To be had here:
Walrus - Soft Hands
Posted by Antarktikos at 8:42 PM No comments:

When Bul-Bul Tarang Gong arrived from Europe, I didn’t know what to expect from the cassette. The cover was awesome, psychedelic yet primitive, and the tape featured percussionist Ravi Padmanabha who is well known for his ethno/rock/jazz improvisations. So we were off to a good start right from the go, but once I popped the tape into the deck, I knew I was in for a treat. What oozed out of my speakers was some of the best Raga meditations I have heard in some time. This is truly eternal music, insofar as it would be difficult to place its conception on a physical timeline. Listening to this set is engrossing and peaceful without turning to background music, and even gets into heavier harmonics on tracks like “Kali.”

There is clearly a Sun City Girl vibe here, as the band dances between Arabic and Asian inspired rhythms, complementing them with a wall of drums and chimes that mixes well with the harmonium and bass patterns. This is psychedelic “world music” at its finest, and deserving of repeated listens.

Posted by Elvis Dracula at 9:26 AM No comments: 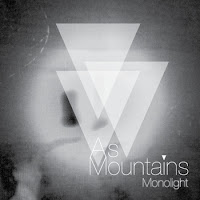 My head is pounding harder than I can remember for a long time this morning and I'm in a shitty funk from too many mishaps and stresses to detail on here, but I'm still beating myself up over not getting this EPs posted up. Especially because they're so damned fine, so my apologies if the reviews are short or muddled, I can't muster the words together for any better. However, before my life devolves into a bitter mess of misanthropic phrases like a novel written by Céline, I'd better shill these tunes.

Back with an EP after the two wildly fantastic albums I posted on here, Monomania and Twin Fantasy (and there's more out there if I recall). Psychedelia loaded with distorted vocals delivering a style of melancholy poetry. There's some good organ-like droning "Devil's Moon" but I think he saved the best track for last with "Oh! Starving."

The fine lady from Pirasian Beach sent me word of this band from Budapest. I can see how she'd be into them and why she'd hope we would be too, as Summer Schatzies sounds pretty similar to her own album. The thing that does make this group stand out is their more indentifiable influence of surf rock. It makes for a wonderful lo-fi surf pop that doesn't shy away from the fuzzy guitars.

A healthy dose of post-rock, exceedingly welcome in light of my painful headache this morning. Sadly despite investing in various kinds of headphones they've all been broken or stolen, so I'm restricted to listening to Moray over the inadequate built in speakers of the MacBook Air. Even with this handicap, I'm willing to say this is perhaps one of the best post-rock release I've heard all year long. The percussion is solidly winning and guitar is most skillful exacting it fills me with delight that someone has talent of this sort.

The habitually featured Old Monster Records has given us more music to fill our greedy ear holes with. This is a collaborative effort that results a display of psychedelic prowess that ranges from mild ambient paired with chimes to extended lo-fi guitar droning. It is a combination of sounds played from a reel-to-reel player and new instrumentation. It's out there and takes you with it should you give a listen.
Posted by Antarktikos at 11:36 AM No comments: 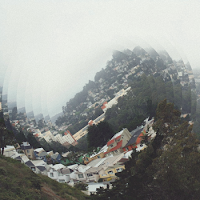 It’s raining like a mother here in Northern California over the last two weeks, and I am already missing the warm sun of San Diego’s beaches. I love the gloomy weather, don’t get me wrong, but having grown up in Southern Cali, I generally expect a few days of wet weather to be buttressed by a few weeks of sun. Spoiled, I know.

Triptides is helping me get over these rainy day blues with their beautiful and lush surf-rock. These guys are from Indiana, so I figure they don’t hit the waves all that often, but they have definitely created the soundtrack for anyone who does. Or for that matter, anyone dreaming of warmer weather and hazy summer days. These guys put out an excellent cassette a few months ago on Beachtapes, and this new single is free and worthy of repeated plays.