I am still working my way through a chunk of new albums in the vetting process for posting so you're still gonna have to bear some not as fresh-off-the-presses releases I already know I like. Plus, just so you know I am leaving for my first-ever trip to the city of Montreal today, so there might not be anything until I return next week. I know Flössin was probably a big deal at some point, but I still run into too many people that are in the dark for me to be disenchanted in the utility of posting it. Lead Singer is an album born of collaboration by several established musicians. Electronic musician Christopher Willits worked with the wild drummer, Zach Hill of Hella, Nervous Cop, and solo (along with many other projects henceforth) and the esteemed Kid 606. How could someone not like that combination? They didn't disappoint me either. The album is a blend electronic, noise and post-rock influences that pleases the ear with the power of dissonance. I love this sort of think when I have a hangover, it really just soothes my mind.
To be had here:
Flössin - Lead Singer [192 kbps]
Posted by Antarktikos at 9:07 AM 2 comments:

Nostalgia is a dangerous thing and I think I'm getting uncomfortably close with these garage rock albums I've been posting lately. One more won't hurt though. The Makers are one of the more prolific garage acts and have been at it for nearly two decades. This is a compilation from of many of their best songs as it stood circa 1997. A collection of a short, pulsating tracks with fuzzed out guitar and incoherent vocals might make it some like a million other things, but the whole thing stands out do to its nods to previous generations of garage rockers. Feels like a natural evolution from the earlier bands that populated the North American landscape in the 1960s but retains a degree of freshness despite this. Much better than that shit that would dominate the televised music industry just several years after its release. See what you think of them.
To be had here:
The Makers - Shout On! Hip-Notic [128 kbps]
Posted by Antarktikos at 9:27 AM No comments:

Old faithful Elephant 6 collective musicians, Von Hemmling is amongst them. La Guerre Est Meurtre is an experimental, noise album that Jim McIntyre gave out for free a while back. McIntyre was formerly a member of Apples in Stereo and also has been a hand behind Pet Sound Studios where some famed albums where recorded. Although the album is made up of several sections, that doesn't mean that there aren't many quick changes in beat and tempo and instrumentation within each section. The music bounces all over the places and has sound samples of singing or conversation sprinkled about. If my memory doesn't fail me the sections are intended to be listened to in whatever order the listener sees fit, something also done on another E6 album, Circulatory System's Inside Views. A good thing to try if you're feeling adventurous.
To be had here:
Von Hemmling - La Guerre Est Meurtre [192 kbps]
Posted by Antarktikos at 9:41 AM No comments:

So long as the posting of garage rock and like-minded genres is fashionable for me, might as well put down one of the greats. Oblivians as I referenced in an old post the sister group, Compulsive Gamblers, was a seminal garage rock/punk band. Built on the groundwork on previous bands like the MC5, the Stooges and the Ramones, Oblivians more prominent feature is dirty, fast-paced, lo-fi rock that is distorted as fuck and drenched in hardly decipherable singing. Even went as far as to go by Oblivian as a last name as a tip of the hat to the previous acts that inspired them. Hopefully you get the drill by now on stuff like this, meant to be heard loudly in a speeding car or while drinking some beer to fully absorb the energy. Do be careful and don't mix those though.
To be had here:
Oblivians - Soul Food [256 VBR kbps]
Posted by Antarktikos at 9:00 AM No comments:

Caught my buddy John listening to these guys the other day and it reminded me how much I do enjoy Heavy Trash. This is one of the many outlets that Jon Spencer has made for his music across the years, but teamed up with Billy Vetra-Ray, who used to play with Madder Rose. In case you've never heard of Jon Spencer, it is the same Jon Spencer from the Blue Explosion and Pussy Galore before that. He's been making varieties of garage rock, punk, blues rock, rockabilly and noise for years. Heavy Trash is a definitely punk, but leans towards the blues/rockabilly end of Spencer's catalog. Even brushes up on some country sounds at times. However, what is like the majority of his work there is an element of sleaziness to some of the lyrics and an acute sweetness to others. Overall, highly enjoyable due to his energizing nature and talented guitar playing it isn't to be missed if you like any of the garage rock or punk I've posted in the past.
To be had here: 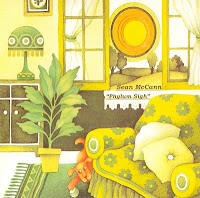 Oh boy, who knows what is gonna happen? Somebody at the record companies bidding is getting my posts taken down, not all of them, but some. Well, fuck that shit I am gonna just keep on and see what happens. This is another of those psychedelic, drone-noise albums that I enjoy oh so much. Sean McCann isn't that big if I judge his internet present as a good representation, but he is certainly a good musician as far as this genre as concerned. I am not gonna go on too long about it as I am on a very small vacaction to the northern regions of Michigan today and I have drank a bit too much. Hope you like it.
To be had here:
Sean McCann - Phylum Sigh [224 VBR kbps]
Posted by Antarktikos at 11:01 PM 5 comments: 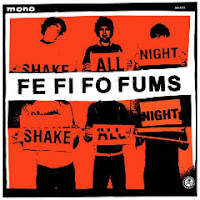 This is purely a self-indulgence. I love some lo-fi garage rock, or budget rock as I've heard it called, from time to time. A fella I used to converse with regularly on the internet gave me the heads of on this group a few years back. It is some prototypical garage rock/punk in the same vein as Oblivians or The Gories, more or less unchanged. Hell, even those of you not that seeped in garage rock history might find it familiar sounding, as the lead singer doesn't sound that far off from Howlin' Pete of The Hives (and I find it hard to believe you don't remember that jazz at all). One can never be overly sure when speculating about the thoughts of another, but I gather that in the garage rock and surf rock scenes there isn't an expectation of stardom and it is done out of a desire to make sounds in this style (my evidence: track seven - "Fuck New Wave"). For really, outside of that blip of mainstream adoration of The White Stripes ushered in early on in the previous decade, garage rock bands just make their shit and are largely never heard by anyone outside of the core fandom. It is too bad, this stuff is a whole lot better than that ska shit kids liked when I was in middle school.
To be had here:
Fe Fi Fo Fums - Shake All Night [192 VBR kbps]


If you're down, also get: The Compulsive Gamblers - Crystal Gazing Luck Amazing
Posted by Antarktikos at 8:30 AM No comments:

So long as I am going through and sharing the albums I meant to months ago, this is was in the pile. Obviously not something new, but is is something good. This the group that appeared after Slint broke up and before any reformation for the tours they went on a few years back. Still based in Louisville, Kentucky, the band has only one constant and core member, Brian McMahan. Marshmallows is hardly long enough to be considered a full-length, but has all the things a fan of Slint or similar late-80s to early-90s post-rock groups might be wanting for. However, if you're a fan of that stuff you might already have it, so this is for those of you in the dark I guess. While most of the tracks are the epic, building post-rock compositions that you'd expect, done well at that, there is a little surprise with the song "Imyr, Marshmallow." It is a short, sweet lullaby that for whatever reason does not feel artificially inserted into the track listing. I suppose one of the things that sets it off is that McMahan does do some singing in some tracks, not something all too many post-rock bands do.

To be had here:
The For Carnation - Marshmallows [192 kbps]
Posted by Antarktikos at 1:05 PM 7 comments:

Where I got this album from is a mystery to me, so if this was on another blog or something I might just be re-sharing it. Nonetheless, it is a worthwhile release so I don't think anyone should mind. Best I can piece together about this band is that they're from Boston and they are going for an eccentric angle. They've pulled it off fairly successfully, mostly thanks to the lyrics that are closer to spoken word rants than actual singing. This could be a put off to some, yet I found myself enjoying as I continued so listen. Musically they know what they're doing as far as making post-punk/noise, seems like they must have listened to a good deal before making this band. While this is not a milestone of any sort, it is a good addition for fans of noisy-punk-psych-stuff.
To be had here:
Magic People - You Are The Magic People [256 VBR kbps]
Posted by Antarktikos at 9:39 PM No comments:

Errors are a Scottish electronic band on the Rock Action label. I remember when their EP came out years ago and I really enjoyed it then. Gave it to some friends, meant to post it on here, even uploaded, but I forgot about them as they full-length I was hoping for was not forthcoming. Well, they finally made that follow-up so I am finally gonna follow through myself. In How Clean Is Your Acid House? the songs heavily featured electronically manipulated voices and have a certain flashiness to them. Then again this was when Ratatat was in very recent memory and that sort of thing was popular. Their first full-length release, It's Not Something, But It is Like Whatever, is something I originally missed, but went back to when the newest album came out. This album removes the vocal effects and singing which makes an improvement to the overall mood of the music. However, they seemingly took much more care in constructing the songs on the next album, as it seemed much slower and more deliberate. Come Down With Me has some parts like "The Erskine Bridge" that are more post-rock than anything else. However, others retain the catchy electronic beats of the previous effort, like "Jolomo" and "A Rumor In Africa" which are two of my favorite tracks from the album. Sure hope you like 'em.
To be had here: