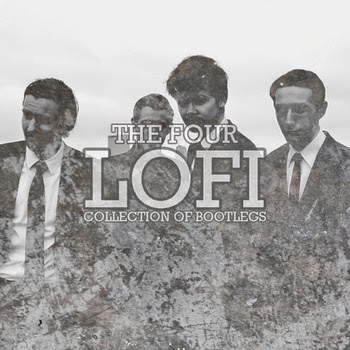 I've become envious of Amazing Larry's method of finding music to write-up, which is sometimes as simple as trolling around on bandcamp and following the rabbit-holes of odd tags. While I strongly encourage submissions, although some fall through the cracks and others aren't tickling our fancy, and I'd like to say the majority of them get written up sooner or later. Still, there's something to finding a thing and not waiting for it to come your way every now and then, and isn't that why you're reading an obscure music blog full of independent musicians? At least some of you should like something I dig up, I'd hope.


Preamble out of the way, what I've found is a Dutch band, specifically from the port city of Rotterdam. I haven't got much information on them as such a vaguely named band and album don't yield shit in a google search, however I got a nice fella on soulseek, which full of Dutch folk, to tell me what the little there was on this album's page. Basically, they were all recorded on a single microphone, at what can reasonably be assumed as live performance, with the exception of blues rock number "Hey Little Girl" which has a noticeably higher fidelity. Yet it is that lo-fi sound that they's chosen so aptly to name this album for is exactly what provoked my interest, and seeing how excellently they delivered it I couldn't help me talk it up. Now, it is obvious that the microphone situation is not ideal for a fully rounded out sound, the drums are weak compared to the vocals and the guitar and bess aren't helped by the speakers that surely aren't positioned in the singer's mouth. Nonetheless, this is how they achieved such a charming lo-fi album that causes me anxiety just thinking of how awesome it would have been to have seen it live. This is only made more intense by the fantastic album art, that I seriously wish is the band in actuality, but a group of four clean-cut, suit-wearing Dutchmen that look like gangsters or young Beatles deplaning to shock America's teenage girls makes me infinitely happy. If the Netherlands has more of this sort of thing I'd like to find out.