For like the hundredth time I am way overdue at posting these EPs. I can't really keep a regular schedule at all and I won't make any promises are to how often I'll post anything. Keeping it consistent for months on end was a more tolling experience than I care to continue, and I have already slacked heavily as you might've noticed. So here on out, you get what you get when I feel like getting to it. More than likely it'll be bursts of posts that'll try to hype on the twitter feed as I get time. 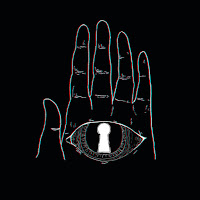 A Scottish band from the town of Fife. They play well-polished psychedelic garage rock, by which I mean it all sounds remarkably clean with any lo-fi elements be intentionally preserved. Nothing at all wrong with good production, and the songwriting is stellar. I could imagine this band become very popular if they got the right breaks. Hits a happy middle ground between retro and modern psych-rock, not ignoring the Eastern influence from the earlier decades of the genre. Excellent stuff. 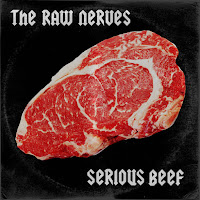 A new EP from New Zealanders, the Raw Nerves. This is a band that Amazing Larry wrote up, specifically their self-titled album from 2012. I unfortunately didn't spend much time listening to, yet I am glad to have been reminded to by way of these new songs. Short, loud and fast these tracks will be enjoyed by most any garage punk fan. Making me feel like I have been spending too much time listen to obscure 70s albums and not nearly enough brash, noisy rock from the inbox. 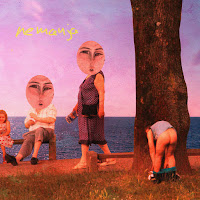 From Croatia comes dreamy, psychedelic pop sounds. Listening to this EP reminded me of a bunch of great bands from the former Yugoslavia I've posted and enjoyed for the years, however it in particular reminds me of Pridjevi, who're one of my personal favorites. While not identical, it shares the same Eastern-Western combination with ethereal singing and stunning instrumentation. An amazing example of contemporary dream pop that I most dearly cherish. 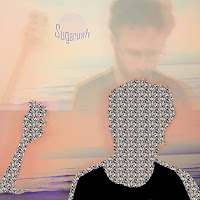 An Israeli musician who makes home recordings of psychedelic folk-pop. The songs are light and spacey overall, but have an sweet impact. I found the very easy to drift off into a pleasant headspace during, all the while enjoying his melodic guitar playing and nicely atmospheric backgrounds. Additionally, his vocals both in the highly effected and less altered states heard are remarkable. Still somewhat lo-fi throughout but really engaging. 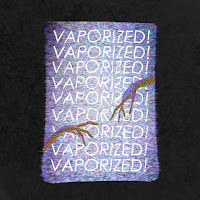 Heavy grunge rock from Sydney, Australia. The album has a lot in the way of howling vocals and power cords, and it is on the edge of metal, yet I would say they do an amazing job at skirting that line without truly crossing it. Rather these are what the radio would call 'hard rock' songs, but I think grunge is just as a fine term for them (it's what they've tagged themselves as after all). Regardless of what genre you'd put them in, the songs are unpolished and quick, possessing many finer qualities of a good lo-fi show.
Posted by Antarktikos at 9:22 PM No comments: 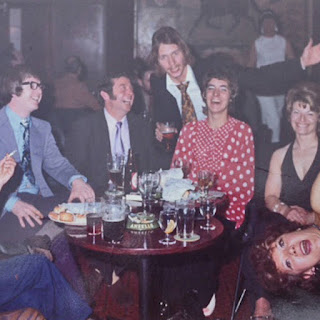 Here's something I nearly lost in the shuffle. A submission from England from a few months ago that I listened to and meant to write up speedily, but as you can witness I failed utterly at that. It is a split release, a no wave rock outfit called Black Spring and a project called The Engineer. The reason I am posting it here rather than in a Grab Bag despite it have only two tracks is that each of the tracks are over 19 minutes long, so it is a damn full-length so far as I am concerned. They're fucking weird, meandering and spooky experimentations of sound. Music that is disorientating strange, something that is worth taking the time to soak in occasionally. Noise, reverb and all manner of dissonance are the hallmarks of the track from Black Spring. On the other hand the Engineer is more structured, and while still very heavily low fidelity, it has eerily lovely singing and righteous organ playing. Also a loud clanging that reoccurs frequently, but I didn't mind that. Both of these artists are on a small English label run by a fella known as Milton Keyes, Monocreo.

To be had here:
Black Spring / The Engineer

Posted by Antarktikos at 12:01 PM No comments: