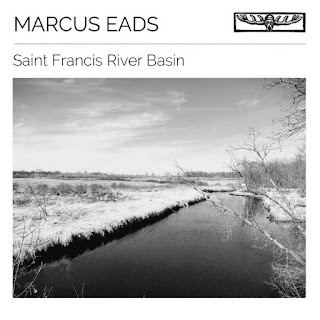 To be had here:
Marcus Eads - Saint Francis River Basin
Posted by Antarktikos at 8:08 PM No comments: 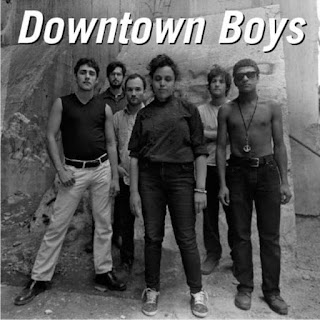 Downtown Boys are a bilingual political punk band from Providence, Rhode Island. If you're like me, you don't readily associate this New England city with an amazing music scene, but a little digging uncovers a full blown rash of rather crazy noise rock bands such as Lightning Bolt, Arab On Radar, and Six Finger Satellite. Does RISD have Noise Rock as a major?

Anyway, Downtown Boys bring a similar spastic energy to this, their self titled record. Punk rock this good is closely akin to late 70s UK band X-ray Spex(the saxophones help), and some from the Southern Californian scene of the same period and later.

I'm not personally super into mixing politics with my music. I'm kind of a "don't fucking let the maple syrup touch my hash browns" kind of guy. But I respect the passion it can bring to the delivery. Vocalist Victoria Ruiz is an astoundingly gifted screamer, always at a 10 but still able to give a dynamic performance. This is a raw, caged animal of a recording...  lo-fi while still very in your face.

Downtown Boys have a highly reputed live show, all dates of their current tour listed on their bandcamp. Looks like they'll be playing my old alma mater. What a treat it would be to see this band erupt in the tiny Downstairs Cafe, or wherever it is bands are now playing on that strangely secluded campus in the woods. I know that all of the heroin addicted anarchists, the circle drumming biology majors, and interpretive-dancing-to-express-their-own-psychosis students will be blown away.