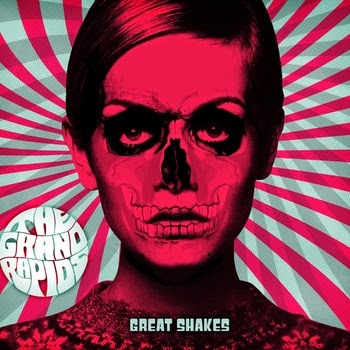 I was clicking around on bandcamp after writing up ScotDrakula the other day and I came across another Australian outfit that pique my interest. A Melbourne-based psychedelic rock band called the Grand Rapids. They've quite adeptly taken 60s-esque psychedelia and rock along the lines of the Monks and dropped in that Jesus & Mary Chain wall of sound and naturally it is loaded with reverb. It gets positively droney at times, and that's always a plus in my book. Like other bands I commonly post the retro style is integral to their sound, and I'd liken them to Spacemen 3, Brain Jonestown Massacre and Black Mountain's louder tracks. And they're fucking good at it. Not over the top, rather skillful executed with layering of reverb, organ, percussion and very well-balanced vocals (by which I mean evident yet not too forward). The album was put out by the independent Melbourne label Psyche Ward, and I may very well pull from their catalog for future posts.

To be had here:
The Grand Rapids - Great Shakes
Posted by Antarktikos at 11:39 AM