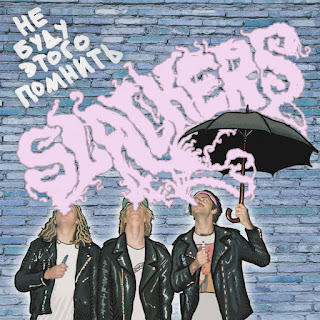 I am gonna make a stab at posting again. Had the worst insomnia as of late, for over a month really. Making my mind feel like swiss cheese and all I have been able to keep up on is work, and not without feeling like a forgetful dope even then. Almost seems like a different era that I sat down so often to hear knew music. Something I'd like to do again.

So here is a treat, a Russian garage rock band. Assuming from the tags on the bandcamp page these are some young dudes in Moscow making lo-fi songs, perhaps partially out of necessity but also I'd wager they are fans of many awesome garage rockers we all enjoy. In fact this is made explicit when they cover Mr. Airplane Man's "Don't Know Why," something they share with the Brazilian band Hierofante Púrpura (it is very neat to hear the two versions back-to-back, and the Slackers translated it to Russian to boot). The songs are not too heavy, being a bit more garage pop or even college rock sort of fuzzy, weird tunes. Yet most fundamentally they are really great to hear, well composed and the Russian lyrics are smoother and more pleasant that I can say for most any other albums I've posted in that language or collect for myself. Perhaps I imagined this, but the second half of songs seemed more psychedelic as well.
не буду этого помнить, meaning "won't remember it" has been released by Dopefish Family. This is not the first album by the Slackers and is only of dozens the label as put out. I urge you to look more into them each.

To be had here:
Slackers - не буду этого помнить
Posted by Antarktikos at 11:16 PM 2 comments:

I actually wrote this about months ago and left it 90% finished and forgot to post it. So here are some belated EPs. 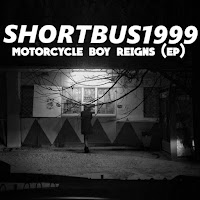 A new EP from the Russia lo-fi dream/garage pop band Shortbus 1999, who've had a couple of previous EPs featured on Spacerockmountain. Being acquainted with their earlier songs, I was excited to hear this fresh batch. These five high-energy tracks did not disappoint and brought all the fuzzy, fast rock that I recall fondly from the earlier work. The thing I noticed that changed the most are the more prominent vocals, with two different singers appearing and both singing loudly in Russian, which is pretty dope. 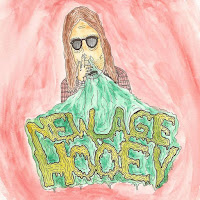 A band from the westside of my home state, more exactly they reside in our second largest city, Grand Rapids. They play grungy garage rock that clearly betrays their roots as growing up in the Midwest in the 90s. Nothing wrong with that whatsoever, just that especially in the vocals you may notice the emotional delivery that has been so popular here for ever so long. Reminds me of many of the better concerts I've attended around the state, though notably better musicianship than much of them. I can easily get behind what these guys are up to. 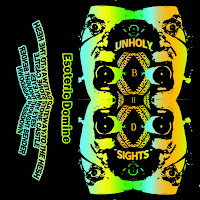 Fuzzy, lo-fi garage rock with a healthy touch of horror punk vibes thrown in. The Unholy Sights are from Annapolis, Maryland and are a new band, not even a year into it yet. They seems very much like some dudes I would get along with a chat about Gories and Mummies tunes with. Their songs dip a bit more heavy than those artists though, but never for very long, as the fuzzy guitars and bashing cymbals are still the nice garagey core of this EP. 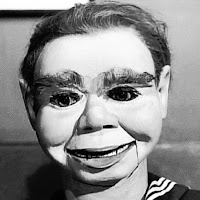 A new EP from a colorful home recording artist from Bangor, Wales. This must be the fourth time I've written up a release from Pulco, and they never strike me as being terribly similar except in being unusual creations of experimentation exacted upon pop music. However, this EP might be the eeriest of them to date, as it has a dark, futuristic and surreal mood. They lyrics get creepy, but in a fascinating way opposed to unsettling. He keeps surprising me, but I guess I should expect that by now. 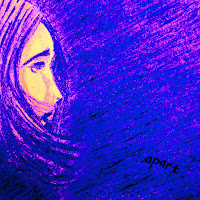 So long as we're considering dreamy music, let's look at a Danish band who has made so beautifully fleshed out dream pop songs. The songs are very well structured and incorporate a range of instrumentation and stylized vocals to create softy emotional songs. Spacey, dreamy but still shocking quick and upbeat. A very interesting and engaging EP of pop tunes.
Posted by Antarktikos at 6:31 PM No comments: