I'm firmly certain that I downloaded at least one of these two releases from a blog, but I am failing to recall which. Nevertheless, the important thin is the Giraffes?Giraffes! is some wild math rock. Those who don't care for such things are not cared for by me. I must urge the listening of as much math rock as humanly possible to all those that are human. They've got it all, crazy guitar play, insane track titles, strange album art, unique name and most central, skillz.
To be had here: 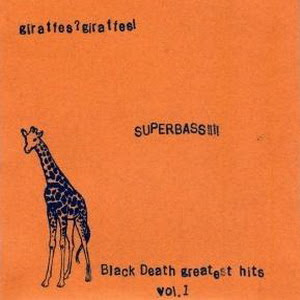 
Posted by Antarktikos at 4:08 PM No comments:

Not exactly brand new, I am nonetheless compelled to share The Throne Of The Third Heaven Of The Nations' Millennium General Assembly. Long winded name, yes, but no less grandiose than the music found therein. To give credit where credit is due, I was lent (on actual compact disc) this album by a friend who claimed it was something I'd like. Scary how he knows me so well, for I absolutely love it. To be honest, I did listen to it right away and must have been so busy that I hardly paid attention, only getting around to again in the last two weeks. Since then I've been unable to stop listening to it, truly fantastic combination of psychedelic, harmonies, odd instrumentation, and appealingly strange lyrics. Yet somehow I faintly recall this being a rather popular choice two years back, but hell there is never a wrong time to start hearing something good. Enjoy pilgrims.
To be had here:
The Throne Of The Third Heaven Of The Nations' Millennium General Assembly [320 kbps]
Posted by Antarktikos at 9:56 AM 2 comments:

I recently remembered that I even had this album, it is damned bizarro. This fella surely was doing something strange when he decided that making these tracks were a good plan. The power of electronics in a hands of the everyman. Anyhow, if you want some cheerful, odd, and confusing electronic pop music from Japan, Space Ponch is your thing. Just keep in mind, synthesizers make the world go around.
To be had here:
Space Ponch - The World Shopping With Space Ponch [192 VBR kbps]
Posted by Antarktikos at 11:00 PM No comments: 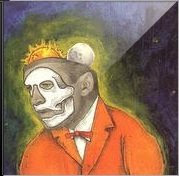 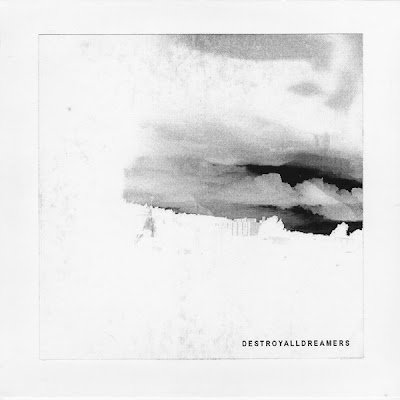 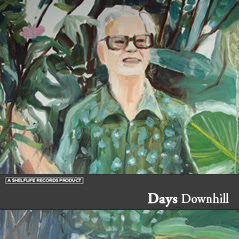 You see, when I said Os Mutantes was like my favorite band, this is why... now that I have gone through a phase of listening to them morning, noon, and night I naturally shifted to one of my other "favorite bands" the Velvet Underground. However, I'm really into Lou Reed's solo work on Transformer this time around. I find it funny that he made a self-titled release before this that nobody cared about, and then it was like David Bowie took pity and helped him make this. Don't get me wrong, I love Reed, perhaps as much as any songwriter I've ever heard, but Bowie rescuing someone is something to remember. Of course there is the fact that many of these songs were first heard here as well, before the versions he did with the Velvet Underground were unearthed and released later. As usual the tracks I am unable to get over are different this time too, with me really hankering to hear "Satellite of Love" and "Andy's Chest" with my morning coffee. So basically, if you don't have this for any reason, you should and you shame me by not already loving it.
To be had here:
Lou Reed - Transformer [192 VBR kbps]
Posted by Antarktikos at 11:10 AM 2 comments:

This is another album I got off of Lost-in-Tyme that I found wonderful. Very different from the Les Napoleons album, in fact completely different. Bröselmaschine was a German band, hailing from an era of some fantastic music generally referred to as Krautrock. However, Bröselmaschine was a bit of a variation on this theme, being what can be called Krautfolk. What is for sure is that they made a brilliant album here that is far underrated in my opinion. Something I normally don't point out is that I love this album's cover, it makes me think of something almost exactly like the music created in my mind when I first heard it. After I got over the fact that German wizards read my future thoughts before my birth I thought it was neat. The music is great too, trust me, it has Eastern and psychedelic blended into there sweet folk makings.
To be had here:
Bröselmaschine - Bröselmaschine [320 kbps]
Posted by Antarktikos at 8:29 AM 2 comments:

Les Mogol was the named used by the Turkish band Moğollar when they released an album in France in 1971. Moğollar was a band of large importance in the development of the genre called Anatolian rock, otherwise called Turkish ethno rock. Basically the genre is a mixture of the 60s and 70s psychedelic and progressive rock with traditional Turkish instruments and themes. Like other fusions, such as Nigerian afrobeat, the results are incredibly unique. I wish I knew more about the individual artists involved in this album's, and indeed the whole scene's, creation and evolution, but alas I am not knowledgeable about Turkish music. However, like my other recent posts I am hoping to share my growing interest in the more obscure musical styles of the world, and I do plead with your to share with me anything you might have, which I'll willing allow you to post here, galdly link to elsewhere, or listen to so as to post on it myself. Time to give it little, pilgrims.

To be had here:
Les Mogol - Dances and Rhythms of Turkey of Yesterday and Today [192 VBR kbps]
Posted by Antarktikos at 8:31 AM 3 comments:

Vladimir Vysotsky is a big deal in Russia, but hardly a word is spoken of him in North America. Much of this is likely to do his career consisting of Russian language songs, many having to do with the hardships of life in the Soviet Union, both factors making hard for North Americans to relate to his work. However, I don't know a blasted word of Russian, but I've come to hold Vysotsky in very high regard. Even without understanding the exact words he says, it is impossible not to feel something with his handsome voice growling along to his acoustic guitar. Not small part is likely my enjoyment of the story of his life, which did end tragically young due to alcoholism. yet during his life he was one of Russia's foremost actors, entering into music as parallel career. Morever, he succeeded in getting his music allowed by the Soviet censors despite the dissenting attiude displayed within. From what I read he is often included as one of the "bard" musicians, but this was a title he personally shunned during his lifetime. Anyway one slices it, it is some damned neat folk music.
To be had here:
Vladimir Vysotsky - Self-Protrait [256 VBR kbps]
Posted by Antarktikos at 4:19 PM 2 comments:

Les Napoleons are certainly a curious experience to be had. A cover group from Montreal, who cut a cover album of Beatles songs completely in French and considerably more garagesque lo-fi. One will undoubtedly recognize the Beatles famous guitar parts, and even be compelled to sing the lyrics in English only to be confused by the French words spouting forth in all the choruses. I shan't be so bold as to claim I uncovered this gem, I downloaded it well of a year back from Lost-in-Tyme before they had all those legal run-in and had to change everything up and I got all frustrated trying to keep up. Nevertheless, I am still entirely enamoured by these covers, and I strongly advise all fans of the Beatles, French rock, garage rock or oddities to grab this.
To be had here:
Les Napoleons - A Go-Go [320 kbps]
Posted by Antarktikos at 8:50 AM 5 comments:

An exceptionally talented composer of electronic music from Japan, Kazumasa Hashimoto has release some marvelous albums over the last decade. Euphoriam is merely his most recent in a line of interesting albums, but shows that with time his skills on songcrafting have only increased. The sounds are absolutely charming, and much more calm in mood than his fellow countrymen of famed electronic talents like World's End Girlfriend and Cornelius. To be honest, he works remind be of Talkdemonic or a more masterfully made Cinq. Really do give this guy a try if you haven't heard him before, space pilgrims.
To be had here:
Kazumasa Hashimoto - Euphoriam [224 VBR kbps]
Posted by Antarktikos at 8:10 PM No comments:

I found this music surprisingly interesting. You see, I was set up with impression before even hearing them because of this group's connection to Godspeed You! Black Emperor (most concretely through this bands founding by Roger Tellier-Craig). Indeed they do belong in the same web of artists and bands that have exploded around the legendary Montreal post-rock collective, yet these guys are both the same and different. While certainly possessing the long, epic build of GY!BE, they're considerably more psychedelic in sound. A notable variation from some of the other Montreal post-rock acts associated with these guys is the liberal use of vocals, but not necessarily lyrics. Rather the voices are rhythmic repetition of sounds and shouts that add remarkable energy to the tracks. Overall, I'd say if you like experimental rock at all from the mellow post-rock to high-energy noise you should find something you like about Et Sans.
To be had here:
Et Sans - Par Noussss Touss Les Trous De Vos Crânes! [192 kbps]
Posted by Antarktikos at 10:49 AM 2 comments: