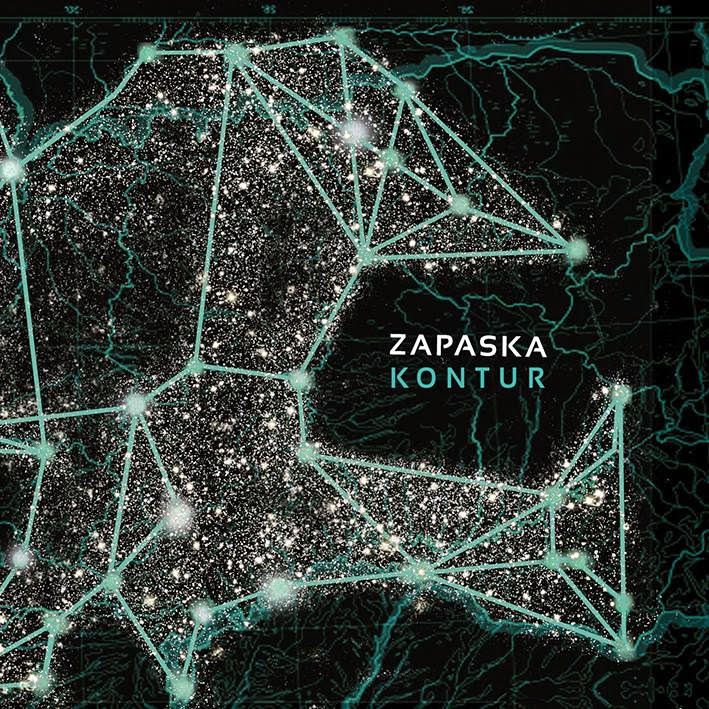 Zapaska is a Ukrainian duo from the capital city of Kiev. Their music is both beautiful and mysterious, drawing on elements of rock, 90's club, Ukrainian folk, and hip hop -- all under the umbrella of electronic pop. A veritable smorgasbord of genres, which I'm a huge fan of because it keeps the ears stimulated and I get to use the word "smorgasbord".  Speaking of Swedish things, Zapaska's music reminds me a little of Swedish bands like Whale and The Knife, in the female/male vocals of the former and the occasional, strangely processed vocals of the latter. Some really great beats are present on KONTUR, the group's third release, and with the melodic guitar work and decidedly lo-fi production value, the output of English producer Bibio also comes to mind.

There's an overarching melancholy to Zapaska's music. Not depressing, but almost a fun melancholy -- like a Ukrainian version of the Portuguese "saudade".  And while I'm not sure what the songs are about, in an interview, member Pavel Nechitailo spoke to the emotion of the Ukrainian people and Zapaska's music, "It's as if there are special pylons everywhere, giving off radio waves that herd people together with misery... and since I'm a native son of these lands, I sing sad songs."

I find this album has been a great companion to rainy Portland afternoons, and I look forward to playing it during my upcoming DJ night. You're all invited, by the way.