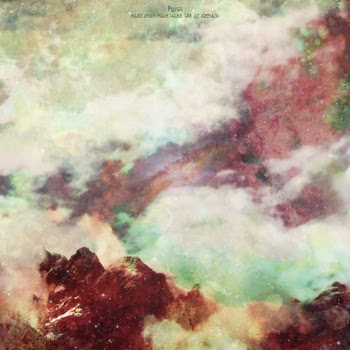 I am pretty fucking excited to share this album. Firstly, it was recorded live in the town of Osttirol, Austria. Secondly, found this album to be notable, and not just because it is a live recording, which is a relatively rare thing for this blog. Because while the live recording does give it an atmosphere that makes one wish to be at the venue, it also strips the whole album of a polished feel and makes it more lo-fi and visceral. I cannot stress enough that you just keep listening despite the sorta slow start, it really does grow into a genuine pleasure to hear the ambient soundscapes evolve into shoegaze tracks with twisty psychedelic guitar parts. I can't stress it enough, this guitar playing is like a slow motion rocket to the moon. Also the German banter between tracks has a charm that has sparked the strongest sense of wanderlust in me. It is sorta like reading the part of a novel by Hermann Hesse where the character realizes they need to pick their shit up and move. What I mean is that the tracks are epic. Sonic journey's in their own right that provide a sense of movement despite the physical passiveness of listening. The whole album is really fucking awesome and I cannot stop listening to it.

To be had here:
Kanoi - Miles Away From Home: Live At Arnbach
Posted by Antarktikos at 2:34 PM