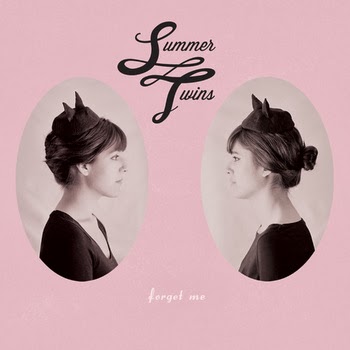 I have been a Burger Records fan for some time now. There are few record labels as prolific and dedicated to the garage and punk sounds, and the label has become something of a So-Cal staple among like-minded music aficionados. Not every release is a winner, but with a near constant stream of cassette tapes and vinyl released, there are few labels that work as hard to get new acts to a larger audience than Burger.

One of the best bands to come up on the label’s roster in recent years is Riverside’s Summer Twins. I saw them at the last Burgerama event, and they were a stand out. Made up of two sisters, the pop act has crafted endearing retro-inspired rock’n’roll in a manner that would have made them a huge hit had they existed in the early 1960s. Maybe they are reincarnated members of some bygone garage act, called to earth through witchcraft and black magic to sing the world into tranquility in preparation for a demonic invasion? Less crazy things have happened.

Their newest release is a 7 inch record that includes two of the songs on this EP. The rest are available digitally. Anyone who doesn't care for “Forget Me” no longer has warm blood running through their veins and should not be trusted.