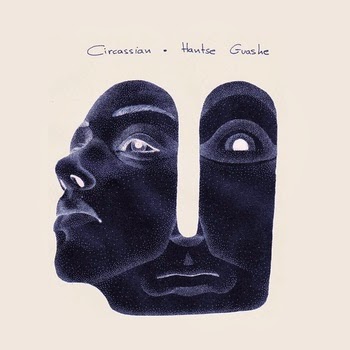 What's this, more Greek music? Yeah, I wasn't lying when I said we've got a lot of in coming in lately, so here's another notable submission I ran across trying to thin the herd. When I read the name of this band and saw that they had tagged it "anatolian rock" I got excited thinking about stories by Mikhail Lermontov and my favorite Turkish band, Les Mogol. While I don't think conjuring those up will mean shit to most of you it gave me a chance to plug two things I greatly enjoyed. In a more genuine effort to summarize this band I will begin with saying they an Athens-based neo-psychedelic rock group, and in that much akin to the Moofs I recently posted about. However, the music has what the band itself refers to as "pseduocultured influences" worked in. So while bearing many of the attributes one could expect from the psychedelic sound, they did an excellent job at incorporating some elements of Asian and African music resulting a more unique tone to the album that gets rather close to krautrock at times. These guys have seemingly embraced their geographic heritage as a crossroad for cultures on the edge of Europe and the results are subtle and not overblown showiness, but a contained and self-aware reflection of that position. What I mean by that is that if I nor the band explained those influence you might have listened to it and just found it to be a fine release. If these Greeks keep impressing me so consistently I might just have to go there someday and check the place out.