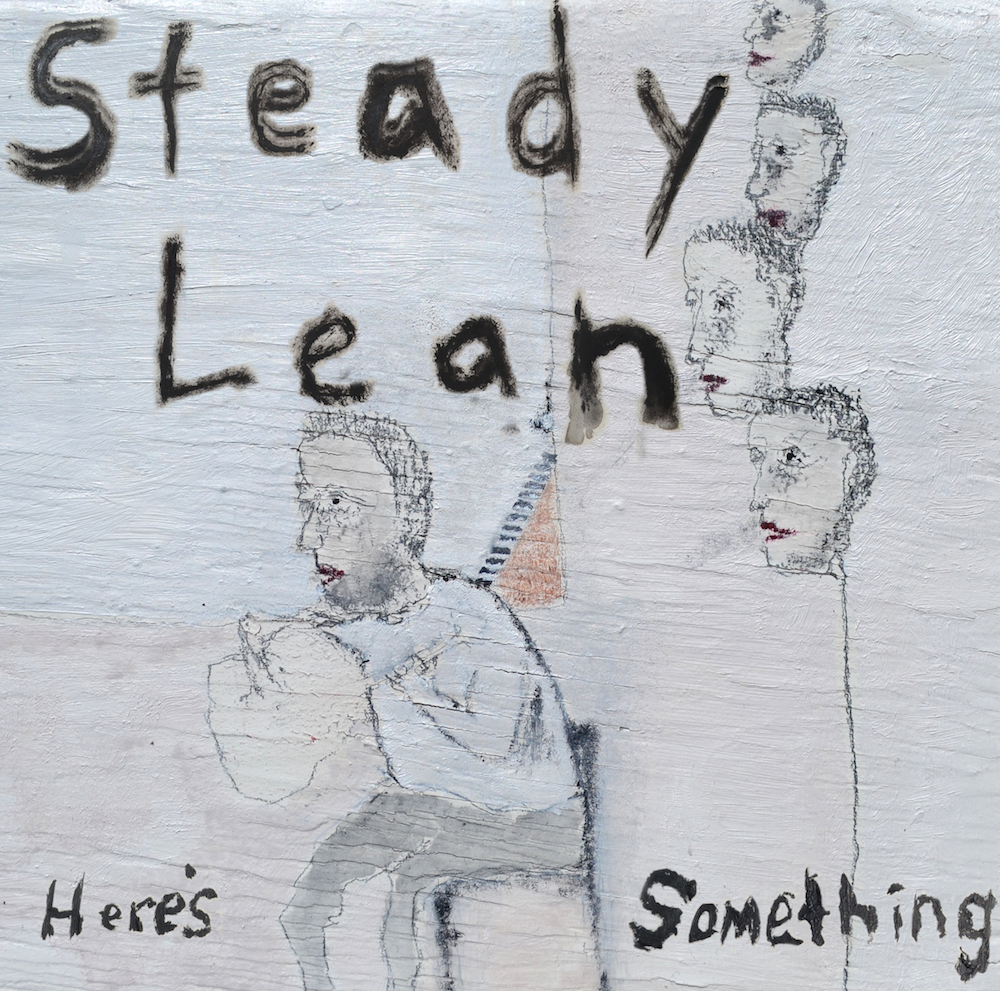 From the Los Angeles suburb of Santa Fe Springs comes Steady Lean. They make an amorphous lo-fi folk rock that can be called by any number of newish sub-genres like gloom pop, weirdo folk, and even alt-country. While the songs aren't the very melancholy and stark sounds of Ellis Swan nor even the more traditional folk of C. M. Slenko, it doesn't reach the uptempo of the Strange Boys or Judas Equus. Hope you've been keeping up with recent posts, otherwise those references are nonsense. In the submission email they compared themselves to Pavement and Modest Mouse, if that's any easier.

Setting comparisons aside, Here's Something is not only a wittily named album, but a very pleasantly enjoyable one to hear. It doesn't have much in in the way of peaks and valleys, instead maintaining a ongoing light jangle with quirky, echoey singing. Steady Lean is the prefect name for such a band, as one can easily picture them leaning back while happily playing these songs. It's a well-composed album that I became increasingly enamored with as I continued listening. By the time I got to the final track "Ladle" I was ready to start it all over again, which is exactly what I did.

To be had here:
Steady Lean - Here's Something
Posted by Antarktikos at 7:43 PM