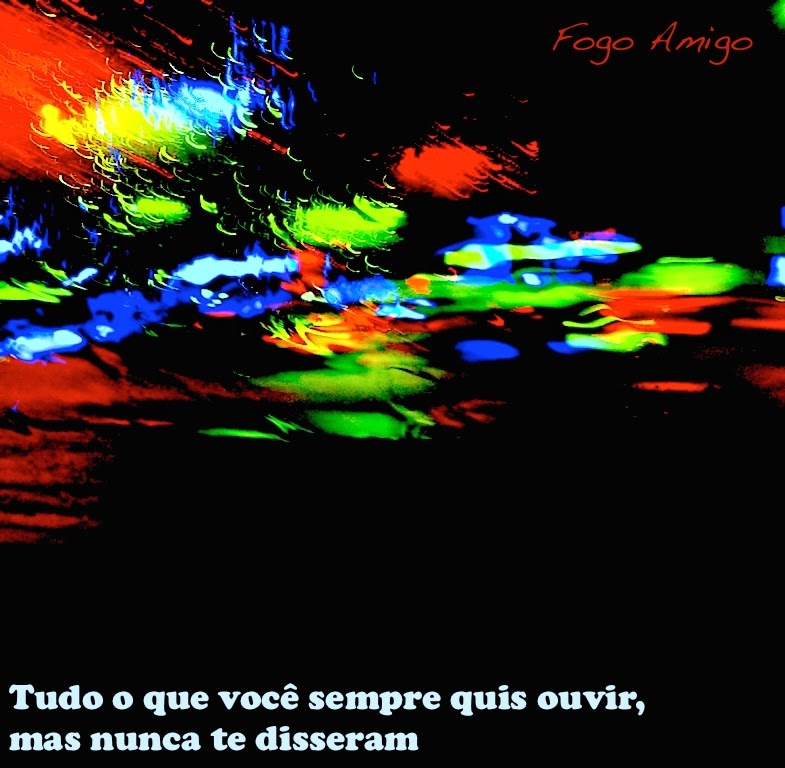 Here's a band that I haven't thought about for a minute or two, and not because the music wasn't fine, but because I last posted them in the 26th volume of the Grab Bag series back in 2012. Back then I thoroughly enjoyed Fogo Amigo's music and was having an excellent time reading depressing novels and drinking cheap beer while hearing them. Cut to 2015 and I am again enjoying this Brazilian post-rock with sad literature and only marginally more expensive beer. As they say, history repeats itself.

So even the Latin American post-rockers have the tendency to come up with wordy titles to albums and songs. Tudo o que você sempre quis ouvir, mas nunca te disseram translates as "Everything you always wanted to hear, but never told you." Fits right in there with titles like Ceux Qui Inventent N'ont Jamais Vécu by Fly Pan Am and Giant Surface Music Falling to Earth like Jewels from the Sky by Yume Bitsu. And yet, Fogo Amigo doesn't make post-rock like those North American acts, in fact it isn't even tagged but they aren't fooling me. I will grant them that this album more psychedelic and could be called space rock just as easily. But really, is there much of a difference? Moving past the semantics argument I've been having with myself years now, there's no denying the absolute talent that Fogo Amigo possesses. Of whatever subgenre of experimental music you wanna call it, this has gotta be the most immediately fascinating albums we've got sent in of this sort. I've been playing at work to universal praise from the coworkers and it is just the thing of staying relatively engaged and productive two beers deep, or losing track of time if there's other substances you prefer.