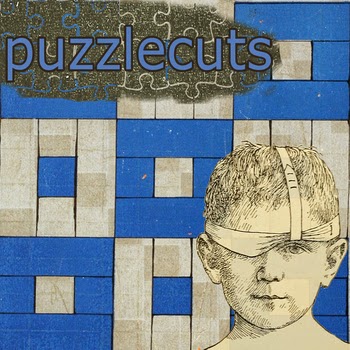 A submission from closer to home today. Puzzlecuts are fellow Michiganders, from the poetically named city of Kalamazoo, and have sent in their album Like a Human Being. I cannot help but mentioning our confrère over at the Modern Folk as his philosophy of whatever people are playing and recording these days is current folk music, even if it isn't picking guitars and banjos and all those fine old time things. If this has always been the case then I grew up in an period where emotional rock was the folk music. I am guessing Puzzlecuts did as well, for they've salvaged the useable aspects and combined it with influences they've cited themselves like, and I quote, "Car Seat Headrest, The Hold Steady, Ben Folds, Say Anything, Elliott Smith, Titus Andronicus." That's a collection of names that take a minute to wrap one's mind around, but should it be attempted I'm very willing to give it a whirl. Luck for us, Puzzlecuts has attempted just this feat.

While the first track left me recalling my teenage days in a shack that served as our local music venue, the second song "Cadence" already had me thinking Puzzlecuts might have cracked the code and figured out what all those less than glorious bands of St. Clair County, Michigan did wrong. The rest of Like a Human Being did little to dispel this notion. Repeated listening do much to prove the merit of this band, as a listener bearing baggage like myself is able to shed the nostalgia or repressed memories (funny how this are the same at times, no?) and see how these Kalamazoo lads made an excellent album. The influences of those various artists does shine through in particular tracks and does a great deal to show how a musicians listen, forget some of it, attempt to make something and come up with a uniquely altered end result. It's like hearing evolution in action. Once again, an excellent album, and not just for small town Midwesterners.

To be had here:
Puzzlecuts - Like a Human Being
Posted by Antarktikos at 12:24 PM