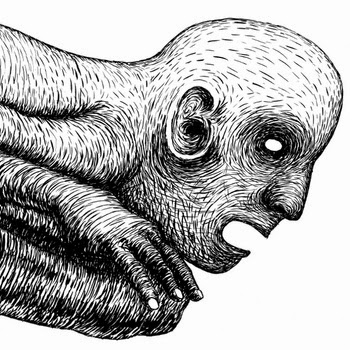 Viaticum have blended a sonic menagerie of genres together for KOSMIKROCK, both the name of the album they've released and a self-suited descriptor of their style. The band freely and unabashedly incorporate from psychedelic, stoner, post-rock and space rock while not being very clearly any of these. This, I believe, being exactly what they were aiming for. However, I do believe that the listener's biased preference may lead the to affiliate the album with whatever they like most, or possibly have the opposite effect for more hardline listeners then myself. Personally, I found myself recalling guitar-heavy post-rock bands like Kinski and Lebanon for much the instrumental sections, which occupy a significant percentage of the playtime. In the less common periods with vocals, they are sung like a 70s psychedelic odyssey. Like he's telling us a tale with emotional turmoil and perhaps even some epic fantasy. And with tracks that are long, several going over eleven minutes, there's pleanty of time to marinate in the 'kosmic' sounds. The curiously named "shittle-12 hates people" stood out as a fine example of their creative and multi-genre fusing, a good place to start off for the nonlinear listener. Certainly, there's nowhere that's very far from awesome guitar, psychedelic interludes and an absolute full sound of many instruments playing simultaneously.

Based in Winterthur, Switzerland a city in the north of the country and only some 19 miles from Zürich, Viaticum was a very well timed submission. For Switzerland is where the municipality for the next Scenes of a City post is located. So look forward to even more Swiss music which they prove as capable of producing as cheese, chocolate, secretive banking and elite boarding schools.

To be had here:
Viaticum - KOSMIKROCK
Posted by Antarktikos at 9:06 PM