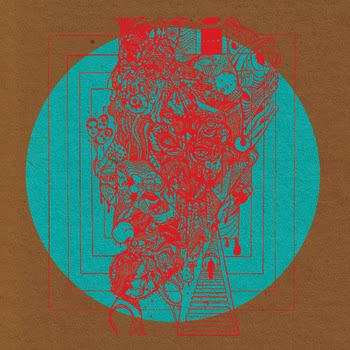 I've been keeping up with Albino Father since the full-length entitled AGE from 2011 and then the EPs Chrimbus and For. Always been luckily enough that the man who makes these tunes happen has thought to share it with me and through me to whoever reads this. Albino Father is typically a one-man wherein the fella plays all the instruments. And if you can do that, why not? I didn't bother to ask him that before I wrote this review, but for this album he didn't play everything. Dude got himself a band. With said band he's gone and recorded a new album, simply titled/numbered as II.

Regardless of who's playing what, one thing has most certainly remained the same: Albino Father is an exemplar of loud, lo-fi rock and roll. Rest assured the songs are most righteous in their rock-ness, and rather psychedelic as well. The sound has changed over time however, and I found myself going back to AGE and listening to hear the difference (found that AGE was among the higher played of all the albums in my collection, by the way). To boil it down to a sentence: it is less jaunty and more epic. The songs on AGE were an eclectic sort, but all upbeat, fuzzy tunes. Upon hearing on II  a noticeably longer, deeper composition style is shown, evident of  a dynamic songwriter in action. Varies between a heavy shoegaze or a highly distorted brand  of psychedelia, two sides of one coin truthfully. II is certainly a highlight for me, and I should like to think anyone that really likes what I post show enjoy it as well.

To be had here:
Albino Father - II
Posted by Antarktikos at 5:53 PM