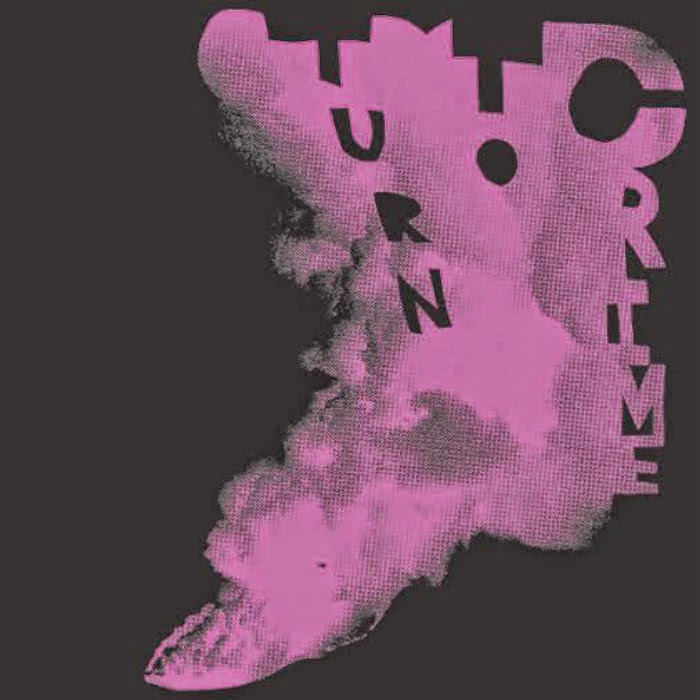 I got a ticket today, going to the suburbs to get my brother to help me out with food to eat, that's how tight my budget has gotten. Of course I got popped in a money grabbing speed trap if the fuckhole city of Ferndale, MI. Go there, get $40 in food and $150 ticket for my troubles, fuck them. There's gonna be some unruly city council meetings in the future if I get my way. Nothing to lose when your broke I guess. Anyhow, I needed something to redeem my faith in the Detroit region, and I've found it in Can't Love by TURN TO CRIME. Let's hope it quells my rage before I get myself arrested... again.

TURN TO CRIME seems to be a getting a reputation, perhaps more than most Detroit bands I've run across in recent months. So for me not to throw in my two cents about this band might be a small and less than noteworthy thing as this group has gotten press from much more significant outlets like Stereogum and The Fader, yet I don't suppose that's any reason to penalize them at all and not to share them as they are meeting the core requirement of this blog. This being as simple as having the album be streamable online and someone that writes here likes it. It isn't an album that's easy to place genre-wise, as it shifts from song to song from post-punk to noisy ambient pop and always has anti-pop irregular catchiness inherited from Lou Reed. If you forced it, you could called Can't Love art-pop, which is code for classily undefinable. As in someone knows how pop music works but can subvert it enough to make it into something more than popcorn. Some of the songs like "Nightmares" are totally noise-filled post-punk, which I do enjoy, however the real brilliance is in the very Velvet Underground-esque songs "Sunday's Cool" and "Forgiveness." I can already hear the out podcast pal Craig saying he'd rather just play VU, but I like to hear something new too, even if it is recalling something old. Everything is a building mound of cultural references and struggles to sort and redefining yourself against and in harmony them. Which I'll keep in mind when I am yelling at suburban officials and know I am hopeless underpowered to succeed. I won't be the first one nor the last.

To be had here:
TURN TO CRIME - Can't Love
Posted by Antarktikos at 9:56 AM