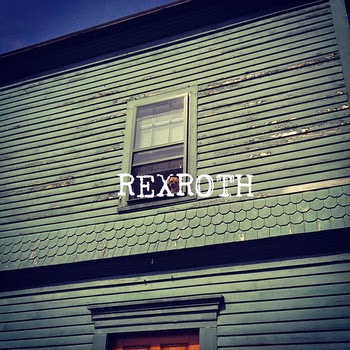 Another album from the guys over at February Records. Ry Smith is a songwriter that was a member of the New York band Eastern Phobes, but has since gone on to make this solo effort. I won't lie, I was worried about listening to it at first as the press release on stated, "self-proclaimed 'record about sadness,' tackling so many of the twists and turns of life." While I do find a gloomy album a fine thing at many times I was worried to sink to deep into that as I've just returned to my natural state of semi-isolation by living alone. However, I was pleasantly surprised, in fact enthused, to find that the mood of the album was more upbeat than one could reasonable hope from that blurb. Like a Beulah or countless other groups I've made reference to Rexroth contains those sneaky melancholy pieces of music that sound sweetly happy while maintaining the depressingly stark lyrics disappointment and hardship. This is all done in with a lovely jaunty organ sound and effected lyrics that reminds me of the band Quasi, only reinforced by the fantastic songwriting talent Ry Smith brings that I think even surpasses Sam Coomes and Janet Weiss, though I am not prepared to fight over it.


The songs are done in a way that takes repeated hearings to get out what they're really about, as the instrumentation with absorb most of the listener's attention for the first couple of go-arounds. But as one keeps at enjoying it they lyrics and the overall mood with set in and shift the album and make it more than something happy and sweet to play in the background and becomes a much more substantial album. There's some excellent storytelling woven into the songs, not that following them closely is necessary or extremely advisable as it is still indie pop and supposed to be enjoyed. I get hundreds of albums sent in every year and I have gotten pretty good at figuring them out on context clues, not that I don't spend a ton of time listening to them anyway, but this one through me for more of the more wonderful loops I've gotten thrown my way lately.

To be had here:
Ry Smith - REXROTH
Posted by Antarktikos at 10:30 AM