This installment of the EP Grab Bag is more of a guise for a collection of singles, as many of these are just two song releases though not all of them. However, these songs were great and I've been enjoying playing them so much and people seem to be fans of the Grab Bags, so here's what I fucking got, dudes. In perhaps some of the better coincides I've experienced lately all these are lo-fi rock and roll of garage rock and psychedelic sorts, oh and all-American to boot. 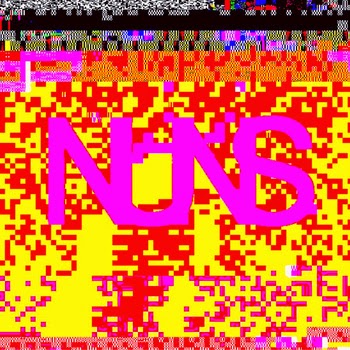 This a musician for Atlanta that's got an erstwhile member of Atenat. A couple of lo-fi garage-drone-fuzz-punk that's a bit chaotic and hard to categorize any more clearly. However, it is doesn't long listening to this pair of songs to see how an full-length by this artist will be an event worth waiting for. The track "FERNS" has got me excited in the way that COOLRUNNINGS and Moondawg Jones truly got me all jazzed up. Eagerly looking forward to more NUNS. I recently saw Ty Segall playing in Detroit and it was a most righteous experience. And aside from the highlight of getting to talk to Mikal Cronin and Charlie Moonheart again and having them remember me, I got to see the Detroit garage rock band Mexican Knives open the show for them. Turns out their members have been customers of mine at the bookstore and I can't believe I've yet to feature them. Very good lo-fi rock, highly recommend you click around on the bandcamp to see the other songs. Also, this is more first exposure to Ritual Howls but they're very solid too. 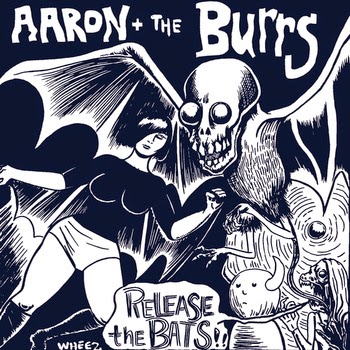 This album's cover art was enough to invoke memories of flicking through drawers of CDs at the public library hunting for garage rock. I would have grab this up in a heartbeat. I've posted this group before, namely their self-titled full-length from 2012. On that post there bands I think they're akin to, but I think I left out how much they remind me of Midwestern garage rockers like the Yolks and the Soledad Brothers, in fact the b-side to this is a sweet instrumental garage number that'll join the ranks of other short and fast songs like that from those two bands and others I have for driving places quickly. Put out by Feral Kid Records and Ut Records. 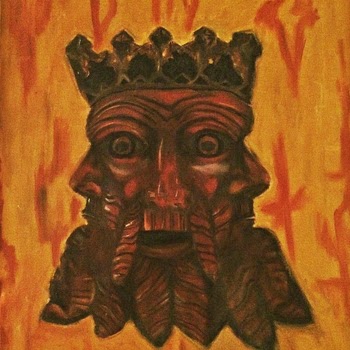 As I said, not all of these are only two tracks, here's an EP proper from Arizona psychedelic band. Strange Lot is washed out rock that really has a drunkenly cheerful tone like playing on a beach, though it isn't very surf rock-ish. Addictively when listened to and it is excellently retro at times, playing with a foggy recollection of many past late nights hearing strange psychedelia for sure. I'd especially recommend it if you liked the Australian band Cobwebbs that was posted up yesterday. 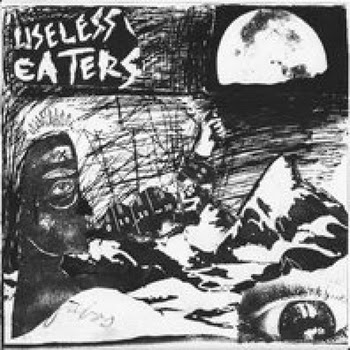 Useless Eaters loves fucking small releases. I've yet to find anything longer than four songs put out by them so far. I'll take whatever I can get though, as they are some of the most awesome garage punk outfits consistently putting out songs for our sonic consumption. This is just one of two releases of two songs from this past summer, and I do beseech you to check out Mother Earth if you liked this one and to go back and hear all those other EPs and singles they've been pumping out.
Posted by Antarktikos at 11:37 AM