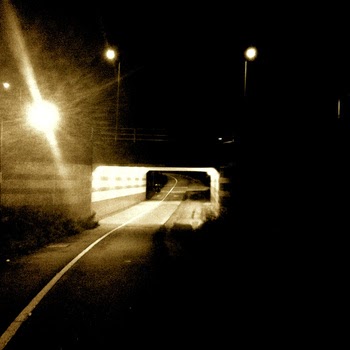 As I've eluded to, I recently moved to another town. Well, sorta another town, Hamtramck is surrounded by Detroit so it really isn't like I left the city so much as went to a political separate enclave within it. It's much better here, more things to do and see, and it is about as diverse as it gets demographically. However, as a moved and it sapped my cash I haven't much furniture nor funds to go out an explore yet. So I sit on my porch and watch the neighbors, something that would be dull in almost any other part of Michigan, but here there are young men carrying their musical instruments, children at play, Muslim families streaming in and out of their homes, teenagers throwing footballs across the street over the top of traffic, and so many tiny interesting happenings of urban living.

While observing the human landscape around me, enjoying what may be the last of the warm weather this city gets until springtime, I need a soundtrack. Luckily I have an inbox full of potential candidates to assume the role of the sonic background to my stationary sightseeing. The London-based electronic musician known as Drawn... fit this role marvelously. Although one could tag Surges as a dark ambient album, it isn't purely so and it never takes on a sinister tone. The experimental and other-worldly electronic explorations dominate making it a prefect companion to my street gazing. Lightly droning and only momentarily gloomy the album usually picks up pace in unexpected yet incredibly well-transitioned cycles. A feat of electronic mastery, I'd think Surges would make a fine accompaniment to most any my solitary activities and if I ever had a cool party in my life I might be able to play it there too.