The other night a I went with a friend of mine to a longstanding street festival in the Cass Corridor neighborhood of Detroit. It's known as Dally in the Alley, but seems to be mostly on the actual streets now, with one alley still having stages and vendors. Anyhow, I recall joyfully attending this event when I was a college student, getting drunk beyond belief until six in the morning, going to parties in apartments full of complete strangers and eating apples found in a tree in the dark while suckling on a bag of wine we stole. Maybe I am wee bit older and more aware, but it seems police presence was beefed way up. Additionally, I'm more cautious. Now that I more than old enough to buy the beer at the festival, and I not too interested in imbibing and having to get home. I sure as fuck don't wanna wake up halfway laying on a broken couch, back aching and head spinning as was the case when I was twenty. 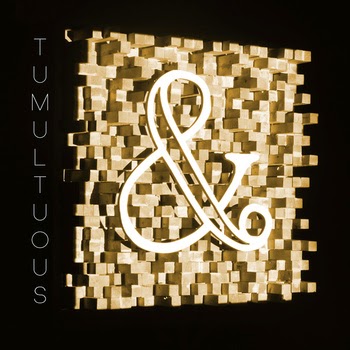 However, in the midst of what seemed to be an evening of walking in circles with my buddy as we alternatively had to make conversation with ex-coworkers and friends of former roommates there was a young man desperately handing out what looked like business cards. As our eyes met he stared me down and quietly said "Just take it." That's some fine salesmanship in my book. Turns out all it had on it was an email address and a bandcamp URL for a musical project I'd never heard of, and I slipped it into my pocket and kept on shuffling through the crowd.

The most surprising part is that I somehow did not lose the card and felt compelled to look into it when I got home, to see what these kids called Nigel & The Dropout were all about. As the name suggests, it is a duo. Musically they are electronic dance rock, something that a cool bar with odd colored lights might play if they were so smart to. I normally don't get exposed too much of this as I sat in with my books and beer after work and write up these posts everyday. However, I got a hunch this isn't the run of the mill dance floor jams, they have an addict and guitar-heavy style that makes it appealing even to the fans of distortion and lo-fi rock. The blending of these sediments is very welcome occurrence, and I found myself instantly restarting the album upon its completion. For two dudes claiming to make this without a laptop it is indeed very impressive. I'll go so far as to say it's excitement pure and simple. Loud, glamorous excitement. Perhaps enough to overlook that they're from Farmington Hills (a local dig, friends).

To be had here:
Nigel & The Dropout - Tumultuous
Posted by Antarktikos at 9:26 AM