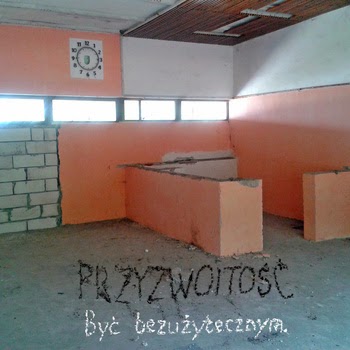 Another late night post, trying to sneak these things under the wire before I get to sleep after hauling books all day for shit pay and then hauling my own shit for no pay after.

Przyzwoitość is a veteran Polish musician that was the drummer in a psych band that went defunct back in 2002. Now he's got a new project, with a moniker than means "Decency" according to what he's told me. It is an experimental release with lo-fi guitar, altered vocals and produced effects mingle. Straight from the first strange vocal looping track you'll get the sense of how far out this short album is gonna be. Very much a Jad Fair or Moe Tucker 80s oddity thing going on, but from fucking Poland so it has really deep and awesome Slavic words on top of psychedelic guitar. It's totally worth it, guys, trust.