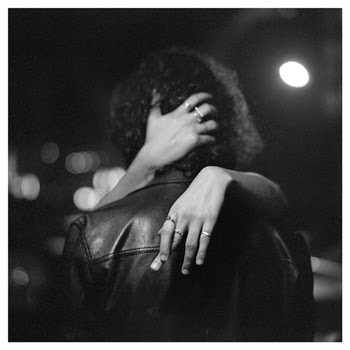 This is good news everybody. More South African garage rock fronted by Heino Retief. In case you're not as an avid of a follower of Retief's work as I am, I can happily recap. There was a little thing called the Revelators that only post-defunctly (I know I made that word up) sent SRM an album to share that was undoubtedly one of the most rocking albums I've heard through the inbox. Then there's the Future Primitives that equalled the garage rock intensity and made ripples all the way over the world with a split with the amazing French group Dusty Mush. Not resting on any laurels in Capetown, it seems there is a new group with a freshly released full-length I get to add to the pedigree. I should add that this new outfit has the same drummer, one Warren Fisher, as the Future Primitives and if he keeps this up he'll have me following whatever does as well.

Superstitious Kisses by the Gumbo Ya-Ya's doesn't leave the lo-fi garage rock realm that the Future Primitives and the Revelators occupied as well, which I still consider good news, never enough good good garage rock. The most noticeable difference is the guitar playing, which makes sense as that is the only musician that is changed out from the last Future Primitives record, with this album featuring a dude called Giovanni Votano. This playing suits what feels like an even more rockabilly, swaggering variation of garage from this nucleus of South African rockers. It's less fuzzed, not totally unfuzzed mind you, but ranges from subtle to showy, displaying some remarkable skill. The vocals are more forward, but still awesomely rather unintelligible until you listen several times. And of course the drumming and bass beat along just so sweetly it is makes for the whole damned album rather endearing. I can listen to albums like Superstitious Kisses for hours on end and I already have.

To be had here:
The Gumbo Ya-Ya's - Superstitious Kisses
Posted by Antarktikos at 8:20 AM