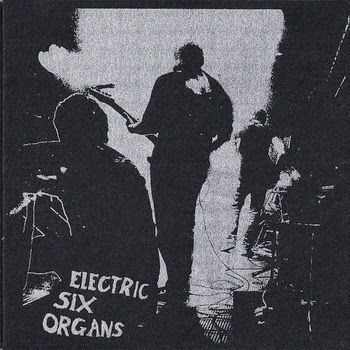 I have been a huge fan of Six Organs of Admittance and Comets on Fire since my Santa Cruz days in the early 2000s. They were sage patriarchs of the psychedelic music scene in the city, and would go on to being internationally recognized powerhouses by the middle of said decade. Craig and I talked at length in the second episode of our podcast about the Comets on Fire house show we witnessed and the effect it had on our relationship with music.

Thankfully, someone is keeping the Comets on Fire flame alive, and it just so happens to be their frontman, Ethan Miller. Miller has been busy with Howlin' Rain, but managed to find time to start up a proper label (Silver Currents) to release rare live and studio recordings he has been involved with over the years. Rather than simply plopping down a few mp3s, Ethan is doing things right by releasing physical, handmade CDs and cassettes.

One of the standout releases thus far is The Lost Electric Six Organs record. I remember speaking with Ben Chasny briefly after a show in 2003, and he mentioned that he had recorded a whole set of tunes for his Six Organs project while working with his new band, Comets on Fire. Sadly, these recordings were never released/completed. Miller writes that "Chasny even designed a record cover for the LP release of this album but at some point it fell from his grace or just fell to the back of the burner and then off the stove completely, I'm not sure which."

Thankfully, these three tracks have been unearthed and given the proper release thanks to Miller. I have the cassette version myself, and you can see how these recordings offer a different perspective on psychedelia than Chasny was employing in his Six Organs project at the time. He would reunite with his Comets brethren to record Ascent, but this tape is the only recorded version of these songs, and an excellent window into two band's at the height of their creativity.

Get it here:
Six Organs of Admittance  - The Lost Electric Six Organs (2013)
Posted by Elvis Dracula at 3:30 AM