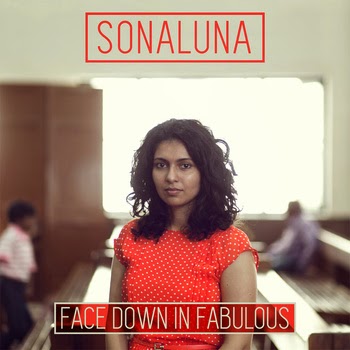 I happened to miss a friend's wedding in India recently, much to my regret. I have never been to the place, and I am sure it would have been a wild ride both at the event and in any related travel through the country. Along with China, India is often considered a rising force in world politics and culture, with media outlets increasingly looking to make a buck in said countries by appealing to various tastes in music and film. However, not enough time has been spent finding new, youthful projects from the underground that may be making the next big record. Sonaluna's newest release is not that, but it is an interesting glimpse into the electronic music community of Mumbai.

Sonaluna has been making music for soundtracks and films for some time, and has had small bits of fame for her compositions. Minimalist in nature, many sound like a young woman putting proper musical training to work behind newly acquired synthesizers and sequencers. This may not be groundbreaking stuff (though I especially dug the EP's title track), there is enough interesting elements to separate it from its competitors and warrants a listen or two.