Vilnius is the largest city and capital of the eastern European country of Lithuania. Situated on the east side of the Baltic Sea, the city used to draw comparisons to Jerusalem for it's once strong Jewish population, since obliterated during WW2. Actually, it's suffered a near constant barrage of invasions for hundreds of years, from the Nazis to the Swedes. Despite this, many beautiful and historic buildings still exist there, making this a city I would love to visit some day. Plus, beet soup is a major staple there. And I fucking love beets.

So this must be a crazy city full of crazy music, right? 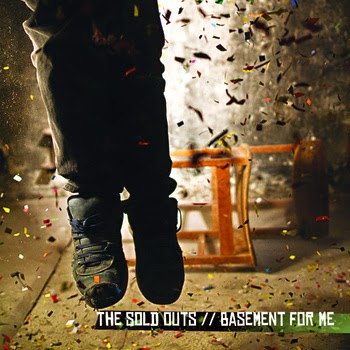 The Sold Outs - Basement For Me
The Sold Outs are a recently defunct punk band out of Vilnius. Crazy good is the only kind of "crazy" this band delivers. They keep it old school, eschewing the Manic Panic-induced pop sentiment that just about killed punk dead in the mid '90s. Which isn't to say that The Sold Outs aren't melodic. I don't know the tiny sub-genres that the umbrella of punk covers: maybe this is "oi" or maybe this is "hardcore". I'm not so concerned with knowing these slight discrepancies. Instead, I'm concerned with getting "Basement For Me" onto my iPod pronto so I can blast my eardrums with this full throttle punk rock loudly and frequently. 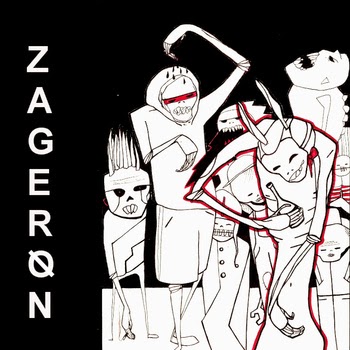 Zageron - S/T
I'm not too familiar with the genre of death metal either. But I think the reason I find Zageron so appealing, is that they're almost a perfect combination of the two death metal bands I liked 20 years ago: Entombed and Obituary. I'm reminded of the former in the background band's delivery, and the latter in the vocals. But whereas the lead singer of Obituary sounded like a pissed-off jaguar, this guy sounds more like an evil Cookie Monster with a bad case of indigestion (too many cookies). The drummer is an absolute juggernaut, veering from full on assault to triplets and waltzes. That's right: death metal waltz. 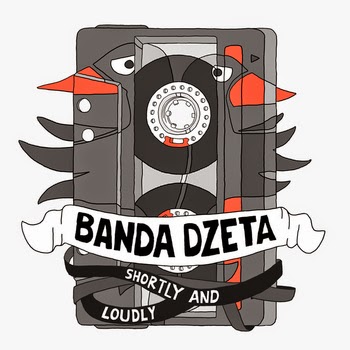 This band is pretty much exactly what I hope to find when searching for music from different countries: traditionalism fused with modern elements. Banda Dzeta do just that by layering Lithuanian folk music with beautiful and schizophrenic horn arrangements, over an incredibly heavy bass guitar. To my ears, it sounds a bit like Les Claypool playing with a John Zorn klezmer/polka group. Mostly instrumental, entirely crazy. Tuba solos! 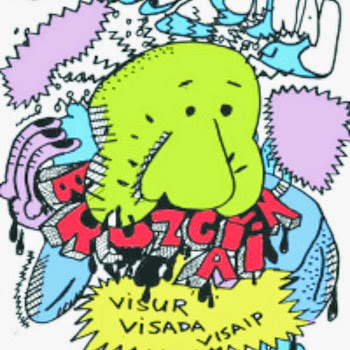 Bruzgynai - Visur Visada Visaip
Here we have a most bizarre record, comprised entirely of strange digital noises. Track one, for example, sounds like R2D2 having pillow talk with an Atari. I'm happy to share the work of Bruzgynai because it's unique in it's noise-scape experimentalism. At times harsh, at other times quiet and eerie, you might put on "Visur Visada Visaip" while watching Lars von Trier's "Antichrist" and the craziness of both might temper each other, offering an almost pleasant viewing experience. Or you might just have found the ultimate fuel for countless nightmares.
Posted by Amazing Larry at 2:46 PM