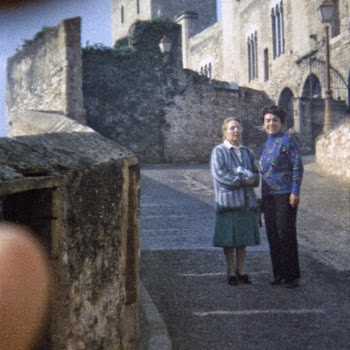 Lately as a result of the reoccurring segment of our podcast I've been revisiting the odder and more alluring tracks of my music collection for good "lost and found" fodder. In addition, I've been exploring more and more nooks and crannies of music I've not ever heard before, and it has done wonders in invigorating my love seeking out musical oddities and forgotten gems (look forward to Peruvian garage rock of the 1960s at some point). However, this is a more refined task as you keep up the habit, much like acquiring a taste for beer, wine, cigars, bad movies or any other manner of things that are construed as a waste of times my those that don't find the appeal of indulging in them.

Well, one of my pleasures, beyond likely all those mentioned above, is the bizarre, lo-fi, DIY album that mingles in that murky zone between folk, punk and art rock. I've got friends that do this wonderfully, I bet many of you do. The guy that knows philosophy, has read a few novels by Hermann Hesse and some "metaphysical" books, engages in spiritual practices you've not heard of before, and tries often to craft remarks that display wisdom but come of as strange. I love that guy, he is refreshing in his unabashedness and one of the few people you can count on being wholly genuine despite how much they confuse and baffle you.

Now I'm not sure this describes any of the members of IL CULO DI MARIO. How could I, right? It is a submission from Italy after all, but the feeling I got when listening to their album was dead on. The songs are undoubted trying to be weird, to push the listener outside of a comfort zone just to allow them to feel there way back into the songs. This is a similar sensation to watching a surrealist comedy show. There's a uncanniness to it that is unsettling, but at the same time piques your curiosity. You just gotta see where they're going with this, and by the time it is done it is like you've been on board the whole fucking time. It is like it took your head in its hands and uttered, "This is your thing now, dog, best get used to it."

As I was saying, Italian Cucadores is a collection of songs that invoked this feeling perfectly for me. From the slow, somber folk to the vaguely 80s snyth-heavy post-punk and very nostalgic guitar rhythms with fucking insanely sung Italian lyrics on top. They alternate between English and Italian, which I found only makes all the more fantastical to hear, the electronic instruments appear to vanish in the next track, and so many other absurdly pleasing elements. Finally, it was put out by the delightfully named Black Vagina Records. Among their merch you can find a great hat.

To be had here:
IL CULO DI MARIO - Italian Cucadores
Posted by Antarktikos at 9:51 PM