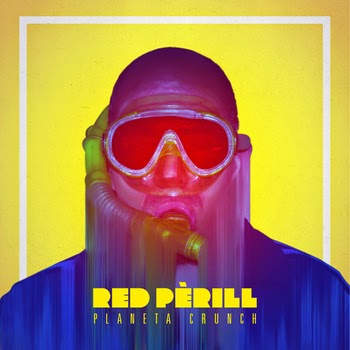 I have a large number of club/dance records that can not be danced to. They exist solely for the distorted movements you create when drunk/high and in your room late at night in the absence of company. Many were made by experimental artists with a pop bent (or vice versa), so they are not simply an exercise in creating music that is a challenge; many of them are well recorded and have a sturdy beat to lead your feat, but are just strange enough to make their way off any respectable DJ's set-list. It's a shame really, and while you can find clubs that allow for such tunes on an odd Tuesday evening, they generally keep it boring and predictable.

There is nothing "boring and predictable" about Spain's Red Perill. This record leaps in each and every direction, a sign of a musician not willing to play it safe and stay within the confines of any one genre. Much like those dance records in my collection, the structure and heart of Perill's tracks is pop, but the scattered beats and vocals are anything but conventional. Hell, he reprises the title track of this record with an acid-jazz drenched variation that was my favorite track on the record.

It costs a few Euros, but at least give it a stream on Bandcamp.