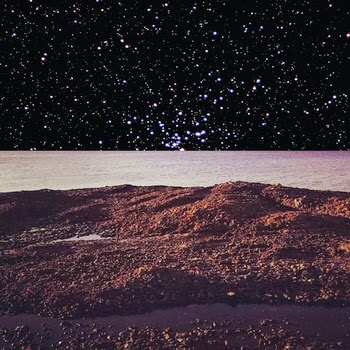 To reveal my methodology on these write-ups a bit, I generally will give an album an first listen in the evening when I'm too weary to do anything but passively listen. I try not to form much of an opinion the first go around, and save that for a more attentive hearing in the morning, for if thing work out well I'm usually more clearheaded and productive in the cool morning air with my hot coffee at hand. As a matter of routine at this point I get up and pull the headphones over my ears right after putting on my pants, only in the order as I need a pocket for my iPod to rest in.

Now I'd be lying if I said I religious stuck to the intending listening material and never found myself playing Televison's Marquee Moon or Tyrannosaurus Rex's A Beard of Stars for the Nth time. However, every now and again I have an album I'm already so eager to re-listen to that I forgo my usual habit of repeatedly pressing the snooze button and clumsily search for a music player straightaway. The warm folk of Cultural Envelope provoked that sort of energizing awakening for me, in fact I started at the end with the very apopros song "you have nowhere to go" with the lyrics "Wake up, it's morning, the Sun's out, a warning, you have no place to go." Of course, I've a dead end job to go to, but feels like a proper sentiment nonetheless.

The songs done by this Canadian going by Slight Birching have contradictorily contain gloomy realities and optimism, self-improvement along with self-ridicule. All in a wonderfully hazy lo-fi bedroom folk style. They aren't quick, rather at times there's a good bout of silence at the beginning of the tracks, but it is worth waiting for it to get started. Experimental and electronically effected the songs are well-produced compositions even without paying attention to the lyrical content, but I think he's a fine poet on top of it and makes the singing gratifying to analyze. Finally, thanks to my Parisian friend over at With A Messy Head for telling me about this album, you all should know by now to trust that man's unassailable taste.

To be had here:
Slight Birching - Cultural Envelope
Posted by Antarktikos at 9:54 AM