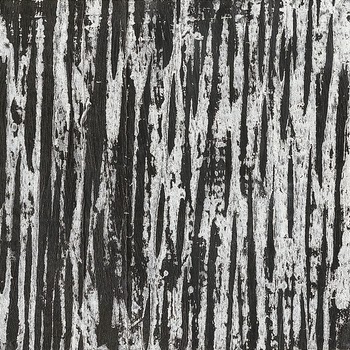 I cannot imagine I am the only one that wakes up energized and feels ashamed that the previous night of feeling worn out and sleepy. There were so many things I could have done, I missed several shows I wanted to see, my friend was supposed to come over but I forgot to call him, I could have finally made friends with a neighbor. Yet I didn't do much of anything, I just sat there, tired and hungry and thought I best eat and sleep. Sure, sounds reasonable to eat and sleep, but the kicker is when I get up, rest and still full from the meal and think "why didn't you go out and do something?" that's irrational yet hard to shake.

While I can't exist in some otherworldly state, where I can avoid the necessities of sleeping, eating and bathing and forgo petty desires to focus on more unifying theme, I can let some music lure me into that escapist fantasy. The aptly named False Dreams has been providing that very service for the disappointed ego I bear in the morning hours. Misled Navigator has composed a collection of instrumental ambient-drone tracks that provide me with the non-corporal sensation which I imagine a ghost floating about and watching the world might be down with. Unlike much psychedelic drone that I've shared in the past, this doesn't have much of a place for the guitar and isn't a looping of guitar riffs, rather it is made to sound like it is filled with ethereal organs and the mysterious theremin. Not party music, it is like the soundtrack of very old horror film (The Man Who Laughs, perhaps) or a something where a skinny weird guy plays an alien (think David Bowie in the Man Who Fell to Earth, working on a theme here...) though it would have made either of those eerier yet. The parts of the songs are subtle but take on significance by the repetition that drone is known for, and it has marvelous effects on the theremin-like sounds mingling with a few other sparse elements. I found I could really escape myself in these haunting tracks, become that imaginary ghost, not worried about time nor matter. That seems the mightiest power of ambient and drone and Mislead Navigator achieves it astutely.

False Dreams was put out by the small independent Brooklyn label, Outward Records. One of there things seems to have very limited editions of the cassettes, as of publishing this write-up there are only 3 out of the 5 made for sale, so I guess you best act fast if you want one of those babies. Finally, Elvis did include some of Mislead Navigators music in some EP Grab Bags from last year, if you wanna dig into more releases.

To be had here:
Misled Navigator - False Dreams
Posted by Antarktikos at 8:11 AM