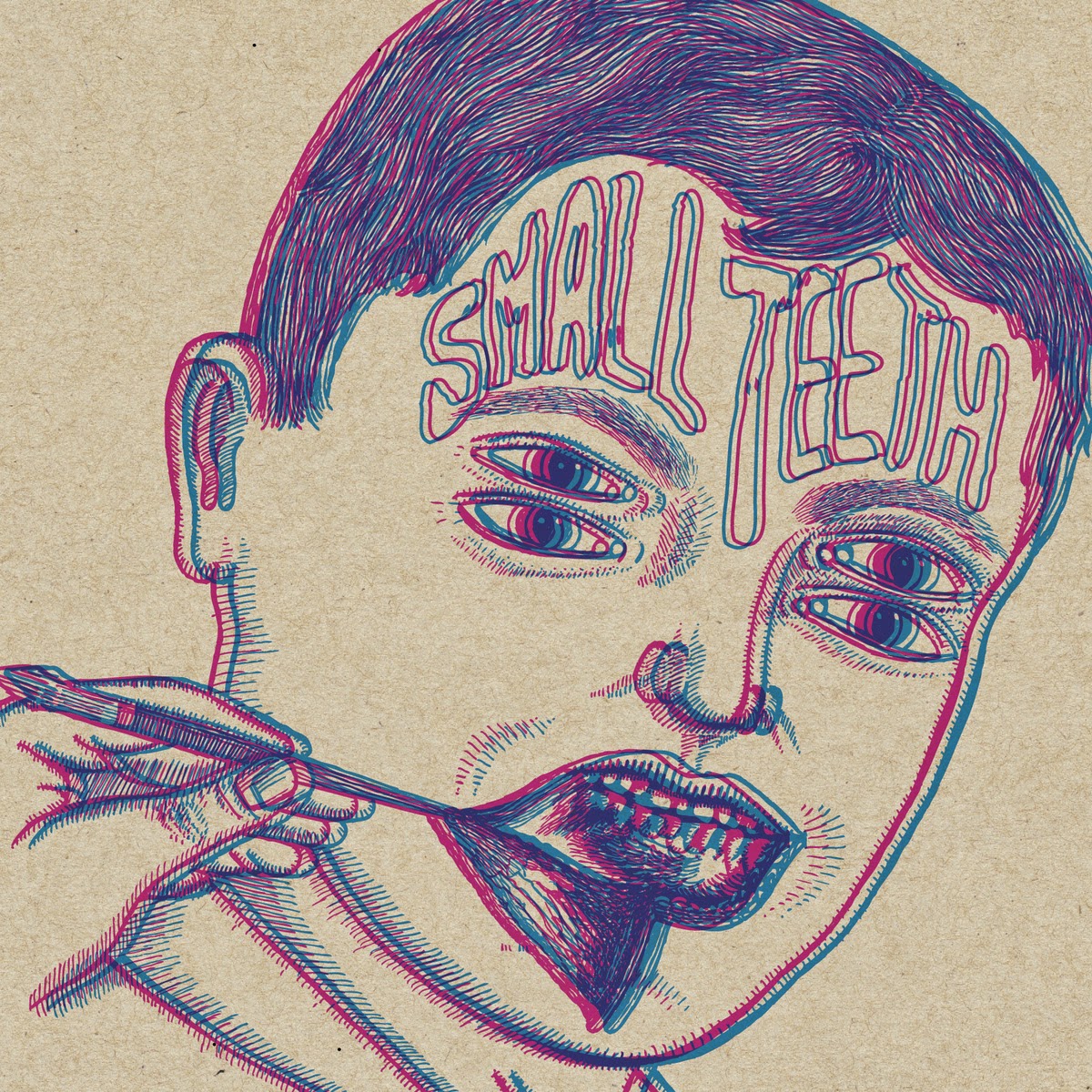 I was going to include this band in an upcoming Scenes of A City for Montreal, but it's just too damn good that it needs to stand on it's own.

Small Teeth churn out psychedelic noise pop. There's a slight Spencer Krug sound present, who is also from Montreal... perhaps it's the singing style or maybe it's the quirky chord progressions. But let's get something straight, Spencer Krug is only as good as his "Oh Oh OHs", and those get tiresome when you inject them into every single music project you touch, from Wolf Parade to ....everything else.

Small Teeth kick ass. There's a good variety in their songwriting... each of these five songs has a distinct color that, added together, make this one sparkly little gem of an EP. The first track stomps down a path through a sonic headfuck forest, while track two is a panicked grimace of a waltz(love the vocal delivery on this one, especially). Things speed up on track 3 and then slow down by track four, which is a beautifully crafted glam pop ballad.

Come to think of it there's a bit of glam in these songs. Sparks occasionally comes to mind.

Lyrically there seem to be themes of the mind and one's own psychology... common motifs for psychedelic bands in general because when one dabbles in altering one's own brain chemistry, well... brain chemistry becomes pretty fascinating. Don't do drugs, kids. Well... alright, go ahead and do them. But make sure your dealer isn't a shitheal. And don't touch the Robitussin (more than once per weekend).

But seriously, download the shit out of these 5 songs before. They rock. This is what I want more bands to sound like.