The latest batch of EPs from the inbox, all of them top-notch, some of them will inevitably become beloved if you give them a chance. Listen and relax, it is a recreational activity after all, pilgrims. I lost track of exactly how I ended up with this EP, but I know why someone sent it in, as it is, I believe, a Portuguese band that is connected to my love affair with the city of Porto that I expressed in one of the Scenes of a City posts, again from Lovers & Lollypops. The EP itself is an instrumental electronic effect and guitar laden swirling of various rock and world music styles into a stunningly loud and mesmerizing amalgamation. Nears prog at moments only to come back with Mid-Eastern tunes and then to thumping bass. Really something rather unique and worth checking out. Hopefully you still remember who this is from the post last week of his new full-length, Rented Rooms. While it seems he had more in him than that one album could handle, so here is the EP that was released at the same time. Upon listening to Moonlight Veneration it is easy to see why it was issued separately, as it is not the more traditional folk of the other, but noisy and lo-fi experimental anti-folk. They're not even comparable, in fact there's no vocals even on this until the final track. I found my first listen to be mind-blowing and I'm getting addicted to replaying it. Released for free via Sioux Trails. 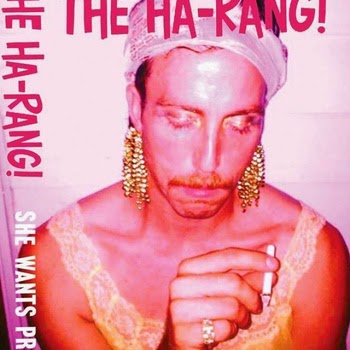 Something that's been missing on the blog since the last Grab Bag, some fucking garage rock. Here's a band from Charlottesville, VA that makes playful garage that conjures memories of the King Khan and BBQ Show. The songs are catchy, loud and fast but not too sloppy to enjoy. Plus they threw in some audio from Back to the Future for jollies I suppose. Certainly worth the three smackers they're asking for this EP. An English psychedelic band with a double single, but they run over 10 minutes so I think it is qualifies for the EPs. Loud, fuzzed guitars and very 70s psych sound, including the higher pitched vocals the seared over the top of the druggy soundscapes of those days. The seven minute plus opus that is "Ocean" is pretty wild and worth spending the time to hear all of its meandering varieties of trippy-ness.