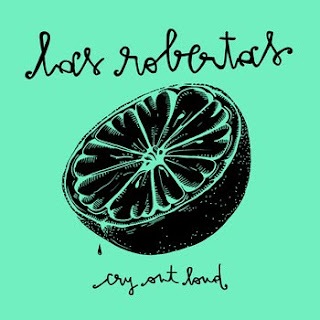 Las Robertas are a group from San José, Costa Rica that makes some nifty noise pop/garage rock. I found out about them from a real snazzy looking blog focusing Latin American music called Club Fonograma. They put together a real swell best of 2010 list that includes María y José. Along the lines of Vivian Girls, Dum Dum Girls, and Eternal Summers, it is fuzzy rock with prominent female vocals. Like their contemporaries they're influenced by shoegaze legends like My Bloody Valentine but also informed by more quirky and lighthearted sound of bands like Beat Happening and the Vaselines. I'm really digging this mixture of garage, wall of sound and C86 that is yielding groups like Las Robertas and yesterday's post, Girls of the Gravitron. To be wholly honest though, the only thing is that if you're looking for something new here it does it have much to offer, Las Robertas are remarkably similar to the other acts I've mentioned. That, however, is not good nor bad, just a matter of fact. They've found a comfortable position on my iPhone for the time being.