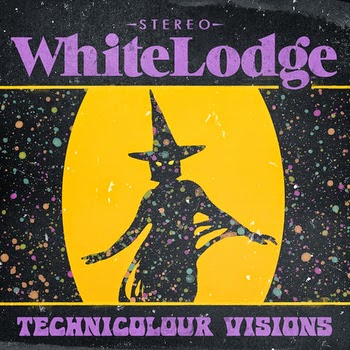 I almost threw this in with the Grab Bag but I had enough EPs and this release was lengthy enough that I thought I'd cover it on its own. White Lodge is an Australian four-piece, specifically from the state of Queensland. The music has a retro-psychedelic feeling to it, with the singer reminding me of the Monks and other likewise 60s garage rock outfits where melodic tones were far secondary to rocking instruments. What I mean is it isn't pop music, as it isn't very bubblegum or cute like Davy Jones, but rather gets a bit strange and gloomy in a way I very much respect. To be honest I like both sorts of rock music, but I feel being able to choose between that makes for a richer experience of music fandom and that White Lodge is hitting a very good niche for me like a Brain Jonestown Massacre or even Thee Oh Sees. Strange, lo-fi and full of guitar is a combination that can be done with a million different variations and not have too terribly much overlap if the more finite differences are pleasurable for you to find. What I mean is that on a grand scale White Lodge is like many things you've heard before, but that can be said for every band you like. The devil is in the details; the small changes that express the individuality of a group or songwriter that makes listening to a new band a unique undertaking.

Perhaps this whole post is merely a poorly constructed justification for why I listen to so much garage rock. If so, I hope it passed muster and convinced you that it's worthwhile to hear this group and the many that are sure to follow, but I am not beyond reproach. Not yet at least. So I welcome a challenge to my logic should any reader desire to present one. However, I bet to you to recall that these are some kids in Australia that are making free tunes and they didn't get to live through the original version of this music, so we remake it and re-interpret it for the better or worse. Technicolour Visions is a swell enough effort in the endless chain.

Oh, and fine print: album is pay what you will for a digital version and the cassette is coming via Wiener Records soon.

To be had here:
White Lodge - Technicolour Visions EP
Posted by Antarktikos at 4:19 PM