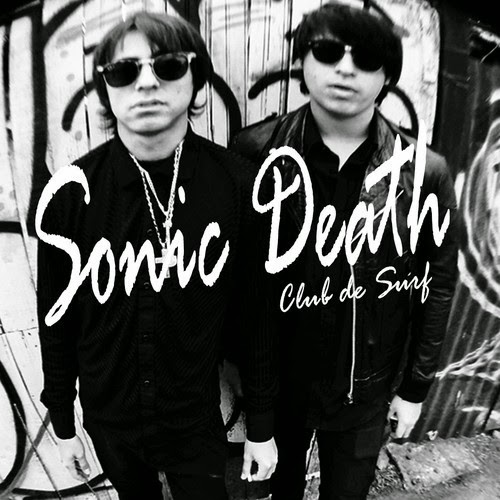 A very fast, very loud and very punk EP to begin the Grab Bag with this week. Club de Surf is a garage punk outfit from Santiago, Chile. It is beautifully noisy and intense, with lyrics that are beyond even guessing at. I mean, just look at these cats in their shades, you know it's fucking rock and roll and you know you're down. The sort of thunderous percussion and fuzzed out guitar that makes me feel like I'm not doomed to wandering around confused at khakis shorts and graphic tees with Disney shit on it. 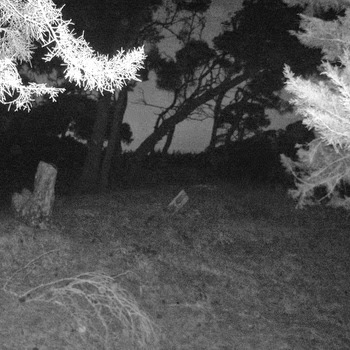 Now to Greece for more high volume guitar playing, this time instrumental psychedelic rock from two other fellas. Has a ever so tiny touch of pop sentimentality in between the heavy freak out sections to make an invigorating blend of fast and loose fucking around with thought out composition. Even gets a bit droney at times, which is always a welcome development. The final track is something to look forward to too with the Dick Dale style reverb layered on early then some crazy Asian spoken word on it. 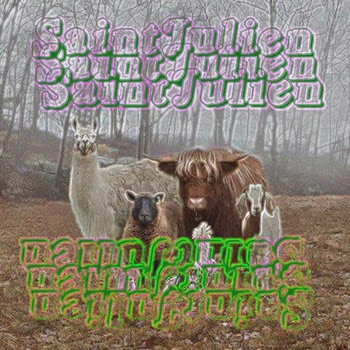 Three tracks from Nashville act Saint Julien of a bizarre variety. Hard to place, certainly experimental but that term doesn't mean much, I'd call it lo-fi electro-whatnot. It is very brief, feels like it is over just as it begins and leaves you stranded in a strange feeling, yet one that makes you want to click the button to replay it over and over. A full-length of this would be pretty fucking epic, I'd bet. We can only hope that is something the future has in store for us all. 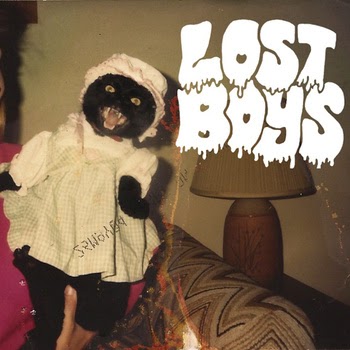 There are four tracks from a Hamtramck band, and for those you not of the Detroit area Hamtramck is a city fully enclosed within Detroit know for its low rent, Polish food, small bars and rock shows. Anyhow, these are some cool garage rock songs that have nice fuzzy guitars and fine singing, though I would scale the vocals back but I always say that it seems. Exceptional fine for demos and very promising for the new material they're putting out. Seems they've got a six-part project of two track demo releases coming out, so keep an eye on these guys. 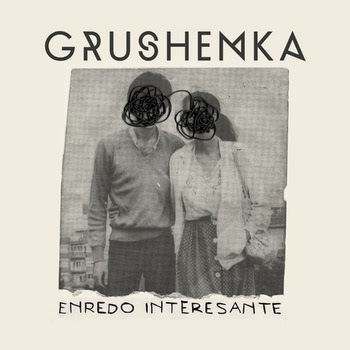 Back overseas with the Spanish band, Grushemka of Barcelona. The lyrics are in Spanish (or maybe Catalan, but I can't understand it regardless) but the music is some very tight dream pop. The first track is a very dancey sort of beat-driven pop song and the second is a lo-fi acoustic guitar number that is very sweetly done. Hope they're singing something sweet and not something gross to trick me, but if they did do that: good fucking work. Anyhow, just found them at random and thought it was worth sharing.
Posted by Antarktikos at 12:04 PM