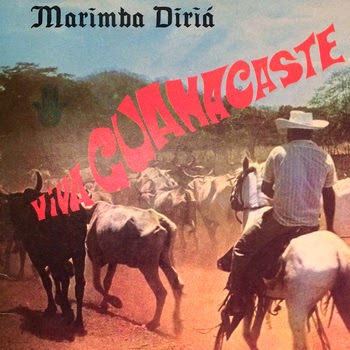 I've found myself in unproductive funk today. Feeling quite sapped and I don't really wanna write up any music from some hardworking (or otherwise) musician submitted material for me to give lackluster and forced praise because I am not up to it tonight. Of course I could just shut up for a night and just get back to it tomorrow, but I am stuck at home, unable to drive anywhere and despite supposedly having numerous roommates I am here alone very often. So I get to listen to music and get to think about that music and good for me that I have somewhere to write about it otherwise I might just get even weirder and developed odder habits than I've already assumed. So tonight, my friends, we get to listen to something unlike I've ever posted on the blog. 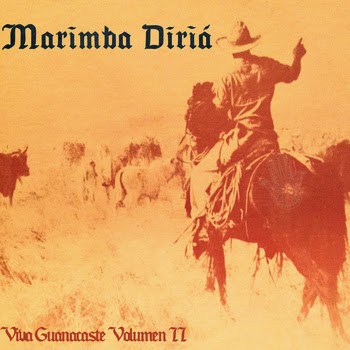 Now from best I can piece together, as I sadly don't know a lick of Spanish, Marimba Diriá as a band that made a variety of traditional Latin American music back in the 1970s in Costa Rica. As their name suggests they played the genre of Marimba, but I believe this wasn't strictly followed, and they played some bolero and other related styles. This doesn't really mean anything to me other than explaining why the note structure and tempo vary over the course of the album like how it may sound if a band were switching between subgenres of the blues or jazz. Obvious stuff, and I could really use someone more knowledgeable on Latin American music to explain it all to me.

The interesting part of the music is how much I switch between earnestly enjoying every note of this music and could seemingly drift off into some exclusive, pleasant sleep with dreams of wonderful places I cannot visit. Then I get a sense I am just liking the music ironically and as some oddity that I don't understand. Like the armchair tourists that Martin Denny's exotica music catered, as I can't help but imagine a fictionalized and nonexistent version of Central America when I listen to this. This isn't a universal response of mine to Latin music either, as I can assuredly state I sincerely and wholly unironically love the music of Ecuador's Julio Jaramillo. Then again, perhaps this music isn't that serious of a sort a to begin with. Like boogie-woogie or polka perhaps it is mean to be lighthearted and fanciful music meant for dancing and jovial social gatherings, and therefore I am fine having a few happy day dreams where I'm the hero in a Graham Greene novel.

The real answer is most likely that I'm going stir crazy and I've got too much time on my hands to listen to music and be self-critical. After all who else spends their Saturday nights listening to Costa Rican music from 1972 while sipping a glass of bad beer then goes and tells the world about it.