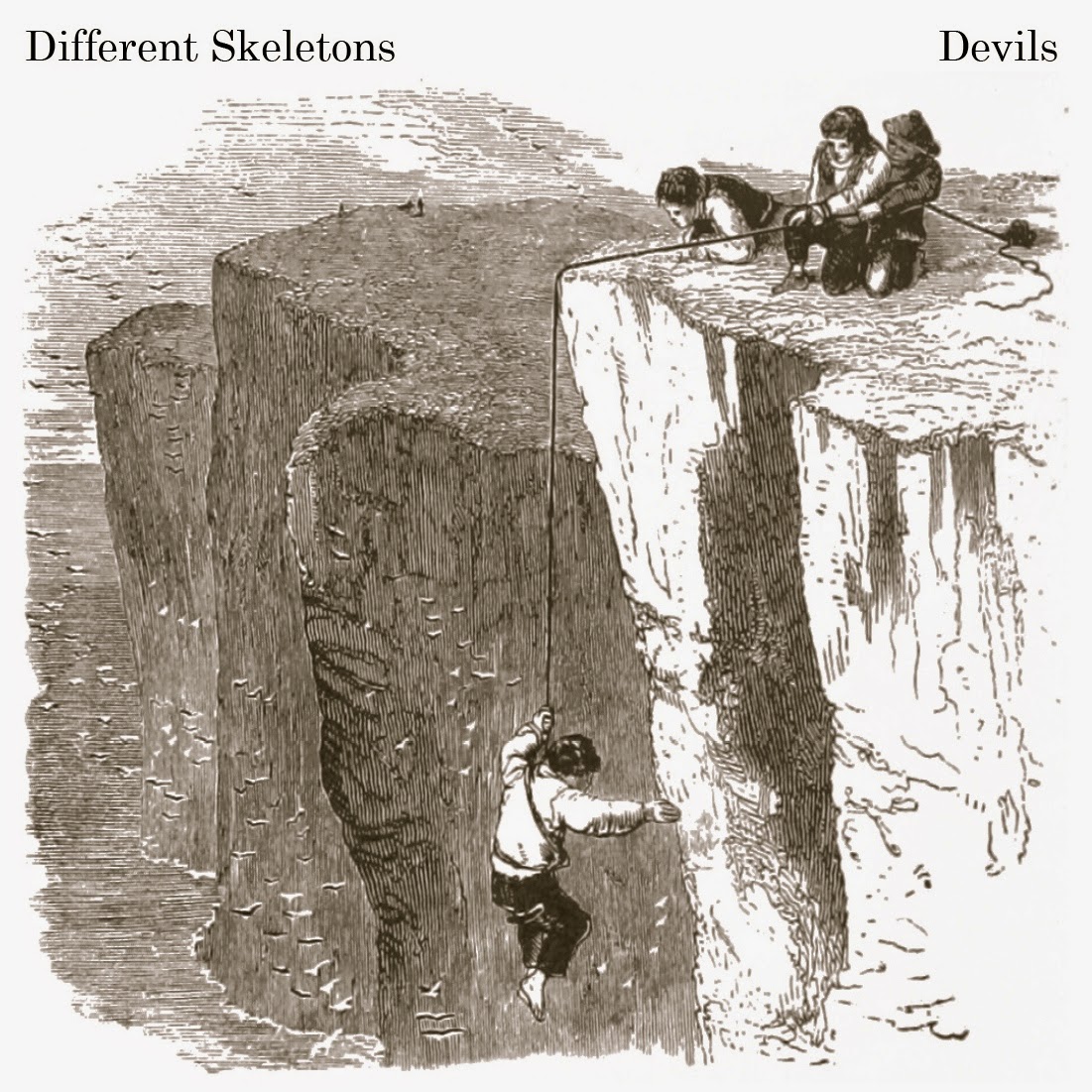 Toronto's Different Skeletons are back with another garage rock offering, this time the short, raucous and incredibly catchy Devils. This is the third time I have written up this group. I'd again like to lavish praise on and direct towards 2011's Secret Jeers and 2012's Without Country. Secret Jeers is still among the garage rock album I have in rotation when I'm looking to get a good fix of lo-fi.

Now having explained that I've followed this band for a bit of time I'd like to say I like how they're evolving their sound. I won't be so presumptuous as to think I know what they're aiming for exactly, but it is rather obvious that instead of trying for something markedly altered stylistically they've taken a route of improving and perfecting their sound. This is what some would criticize as not trying something too different, and those are likely the same dicks that would complain if it was changed from something they liked. I'm an advocate for the subtler experimentation, dropping in stylistic variations and new influences. This gives the listener some of what they've come to like and doesn't bore them with more of them same. Although this can be a hard line to tow, when done well it is a wonderful thing. The three release I've mention seem to show Different Skeletons steering their sound from fuzzy rock anthems towards twangier, country-tinged songs. While still being very garage and beautifully lo-fi, they've gotten more soulful. This is a shift begun on Without Country, at least from what my ear can detected, and now as reached an even more brilliant version in Devils.

To be had here:
Different Skeletons - Devils
Posted by Antarktikos at 11:04 AM