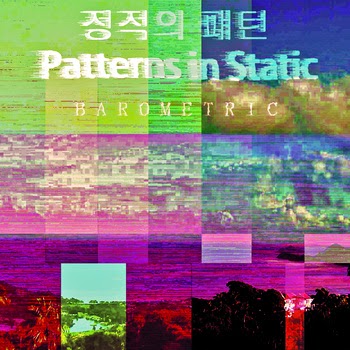 I learnt of this album from the guys in Locals Only, as he helped put that album together under what I believe is his real name, Justin Ford. Hope I recalled that correctly, my brain has been remembering things about as well as a damp sponge can put out a house fire. However, using the moniker of Barometric he's an electronic musician that's making some rather far out tunes. Like a good deal of electronic musicians that aren't targeting the club scene, sub-genres are not anything to worry about very much and the albums kinda shifts through various styles with features of IDM, glitch and plunderphonics but does have a core tone of psychedelic exploration and transcendent release.

As with any good new song created from reclaimed sound it has a degree of whimsical remembrance in it even if you've never heard any of it before, like a memory is bubbling to the surface for the first time in years. Its all about the framing I suppose, and Barometric is a masterful craftsman with these sounds. A wonderful way to have broken what has been too long of a drought of delightfully done electronic music in my listening routine and I highly recommend it to you all.

To be had here:
Barometric - Patterns in Static
Posted by Antarktikos at 8:44 AM