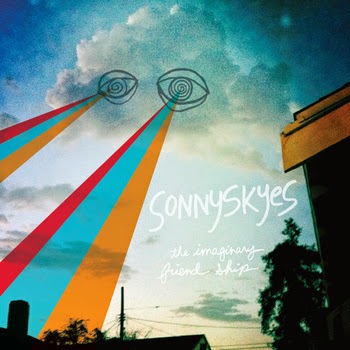 A submission I must shamefully admit went overlooked by myself for too long, however the music I found at the end of the link when I eventually got to it is too good not to share anytime. I wasn't given much information on this release, other than it is self-produced and from Long Beach. What I have been able to deduce with my earholes is that it is some magical lo-fi indie rock that is somewhere between garage, shoegaze and psych-pop. The wall-of-sound is employed tactfully, fuzz deployed liberally and the vocals make me think of half a dozen Elephant 6 bands. The vibe is cheerful and it bears a similar beach punk and renewed Californian sunshine attitude of artists like Wavves and Best Coast, the latter of which he does a cover of. I have been caught in my car more than ever in recent days, and getting my hands on some tunes like this are going a long way in combating the downer that is the unusually cold spring I found in my return to Michigan. Hopefully he's still at it is and we're not too far away from another release.

To be had here:
Sonnyskyes - The Imaginary Friend Ship
Posted by Antarktikos at 8:36 AM