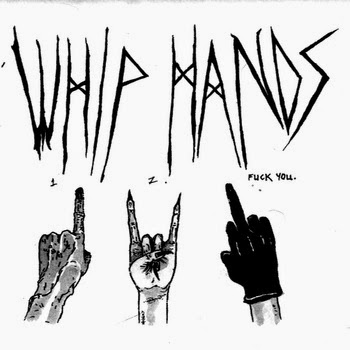 As if we've all not heard this enough already, but this is an album I also overlooked in the email submissions from my time in the wilderness (one I hope I am not re-entering by moving back into Detroit). Anyhow, this is a lo-fi garage-ish punk outfit that came out of Portland, Maine. Unlike the quaint, seaside town they hail from, they are rather and rough and tumble sort of rock and roll band for the most part, although they'll surprise you with a slow post-rock tinged song intro. The vocals are howling and the guitar is pretty unrestrained, the punk flows through the tracks, but it isn't a rehash as much as a stripped down and raw formation of the sound for the first several songs. Then it alters into a dark pop, post-whatever avant-garde-ish thing with sorta 80s-like riffs that I really found to be excellent (see "Money Is Honey, (But Licks Stick"). Still lo-fi punk rock throughout, and a good show of it. So sorry for the delay on this one dudes, but I hope you have kept it up.

To be had here:
Whip Hands - Whip Hands