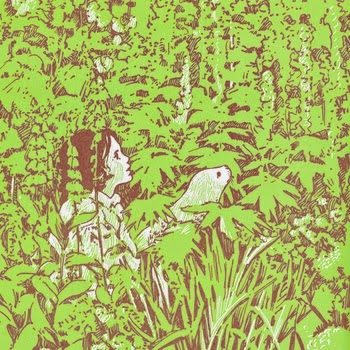 Canady Claws is a band I have followed for a few years now after I found the kicking around the internet looking to get a fix of lo-fi electronic pop music (strange hobby, I know). I was all wrapped up in Monster Rally, Beat Connection, and Ocelote Rojo at the time and experimenting with tapes decks and a producing lo-fi remixes. While the remixes are not that notable, the music I found at the time still captivates me and not least of all Candy Claws. The band is a collaborative effort from musicians in various states and released on now-defunct label 2 Syllable in Brooklyn. I found this album to superior even to their prior releases, though I recommend checking those especially the LPs In the Dream of the Sea Life and Hidden Lands. The sound is fuller and richer on Ceres & Calypso in the Deep Time but still has the nostalgia-heavy theme with beautifully shimmering music to make what is some of the most pleasant listening one could experience. I believe you'll find it to be soothing to an astounding degree. Hopefully they'll outlive their label and keep on producing this wonderful music.

To be had here:
Candy Claws - Ceres & Calypso in the Deep Time
Posted by Antarktikos at 1:04 PM