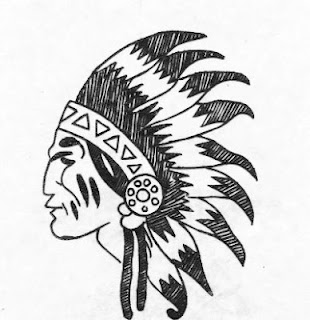 A couple months ago, Antarktikos wrote a review for an awesome Canadian band called Each Other that I've really been digging on. It's been frustrating that their output is limited to one EP and one awesome 7", because I just want more more more which, according to one member, might happen before the end of the year (also - be on the look out for them in New York City in May and west coast starting in early June).

Until then, I decided to calm my impatience by listening to bands that Each Other have shared bills with and ...damn. There's some great music coming out of Canada.

Boyhood is one such band. They're from Ottawa and have a lo-fi, 60's psych-garage sound. There are only 3 full songs here, bookended by two brief sonic abstractions that begin and end the EP. But for anyone interested in that new-old sound, Boyhood is definitely worth a few minutes of your time. Especially the track "Maintaining My Uncool" which is a beautiful but somber song that shows a sophisticated ear for vocal harmonies, employing complex tonal clusters that bring to mind vocals of The Mamas and The Papas or Free Design, which is a weird comparison because those 2 groups are relatively cheery compared to Boyhood, who occupy the darker end of the spectrum. Similar to Woodsist Records band Royal Baths in that respect.

Free for download. I think we can expect great things from this band in the future and I for one look forward to hearing more of their music.